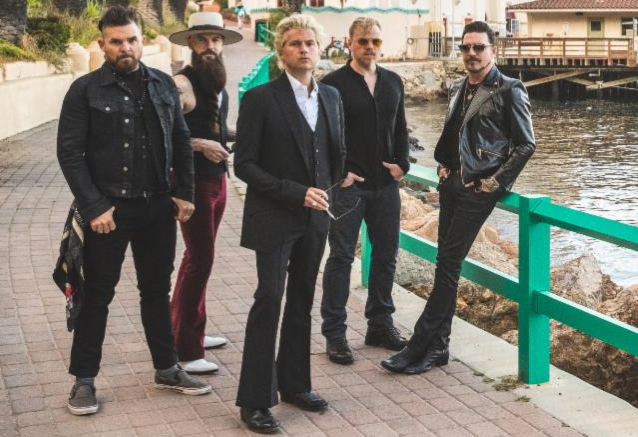 RIVAL SONS will return to the road in North America on the "Pressure And Time" tour this fall. The six-week headline run will see the band celebrating the 10th anniversary of the 2011 album "Pressure And Time" by performing the landmark longplayer live in its entirety. The tour kicks off on September 29 at Culture Room in Fort Lauderdale, Florida and includes stops at legendary venues such as the Ryman Auditorium in Nashville, the Riviera Theater in Chicago, The Warfield in San Francisco, The Wiltern in Los Angeles, and comes to a close on November 13 at House of Blues in Anaheim, California. Most dates of the tour will feature support from DOROTHY, with select dates supported by either REIGNWOLF or MYRON ELKINS. The official ticket pre-sale launches Wednesday July 21 at 10:00 a.m. local time, while partner presales begin Thursday July 22 at 10:00 a.m. local time. General on-sale goes live Friday July 23 at 10:00 a.m. local time.

For the first time, RIVAL SONS will perform their critically acclaimed and cult favorite second full-length album, "Pressure And Time", from top to bottom. Upon its arrival in 2011, "Pressure And Time" garnered the band worldwide recognition and has since amassed over 40 million-plus streams and garnered widespread praise with the BBC affirming it is “simply stuffed with rollicking tunes."

Last month, RIVAL SONS lit up Southern California with a two-night livestream event, "Pair Of Aces", live from the historic Catalina Casino on Santa Catalina Island. They performed their debut LP, "Before The Fire" (2009), in its entirety on the first night and their self-titled EP, "Rival Sons" (2010), on the second.

Earlier this year, RIVAL SONS launched their very own label, Sacred Tongue Recordings, with distribution through Thirty Tigers. The band recently regained the master rights to several of their early releases and will reintroduce them to the world by first remastering their independent full-length debut LP and self-titled EP on all DSPS, CD, and vinyl for the first time. Limited-edition vinyl variants are available for pre-order at www.sacredtonguerecordings.com. They've printed up an exclusive run of 1000 copies of both "Before The Fire" and "Rival Sons". "Before The Fire" will come in an orange splatter variant, while the EP is available in a clear with gold splatter variant. There will also be indie retailer exclusive color-ways of each release in translucent orange and crystal clear, respectively. A repressing of "Pressure And Time" has not been announced but is expected in the coming months.

By looking back, RIVAL SONS also leap forward again as they continue working on more music and the follow-up to 2019's "Feral Roots". "Feral Roots" not only garnered a 2020 Grammy Award nomination in the category of "Best Rock Album," but also yielded a Grammy nomination for "Best Rock Performance" for the top 10 rock track "Too Bad", and features the No. 1 rock radio single "Do Your Worst". Produced by multi-Grammy Award winner Dave Cobb at Nashville's famed RCA Studio A, and the equally legendary Muscle Shoals Sound Studio in Muscle Shoals, Alabama, "Feral Roots" is available now on all streaming platforms. 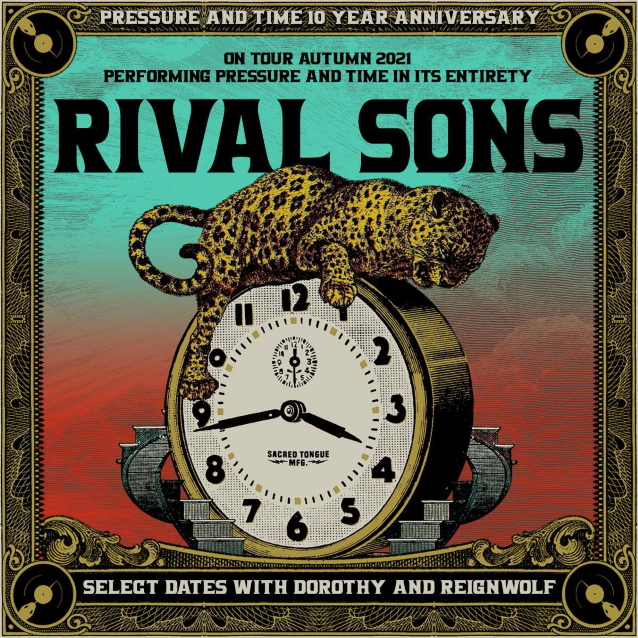