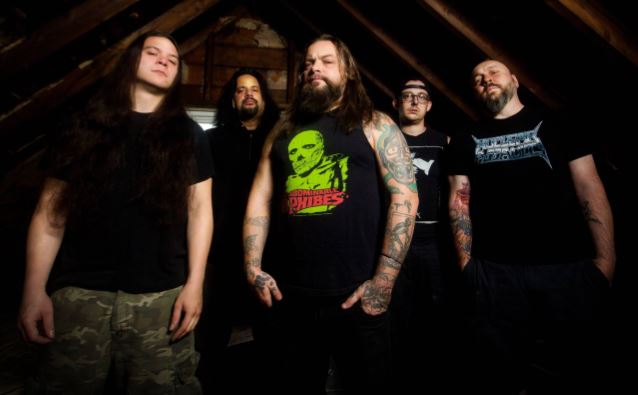 "Shades Of Blue", the new video from Cleveland hardcore/thrash heavyweights RINGWORM, can be seen below. The song is taken from the band's eighth full-length album, "Snake Church", which will be released on July 29 via Relapse.

RINGWORM vocalist James "Human Furnace" Bulloch describes the "Shades Of Blue" clip as "not horror, but more of a twisted love tale that accompanies the song. The story segments of the video where taken from a short film of the same name, 'Shades of Blue'. It's a sequel, a part 2. It picks up where the story told in the 2005 RINGWORM video 'Justice Replaced By Revenge' leaves off. Surprisingly, the entire project came together quite organically, despite being shot 11 years apart. We were able to get the same lead actors that we used 11 years ago and we were able to combine the original 'Justice Replaced by Revenge' footage, current footage and secondary footage, (shot later) to tell the second part of the story. The 'Shades' video tells part of that story that is fully revealed in the short film." 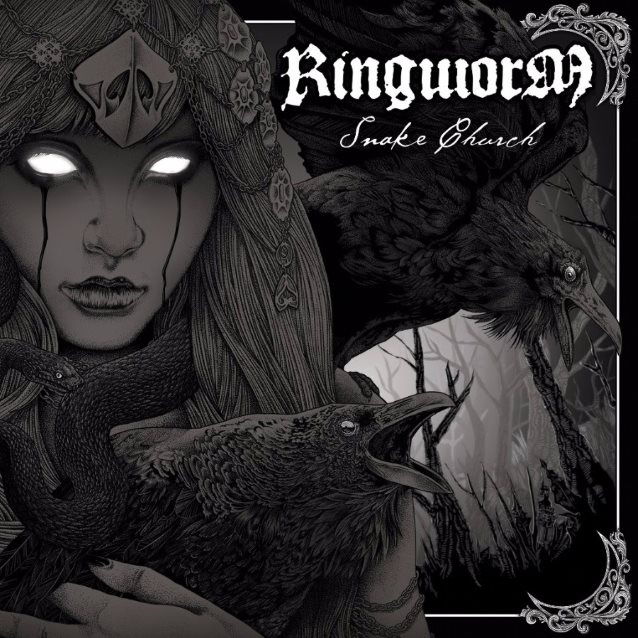