Almost two months ago, industrial metal heroes POWERMAN 5000 released their newest album, "The Noble Rot", which both fans and critics have been hailing for its nostalgic vibe and a fine return to form for these music veterans. The album title itself reflects this as it borrows a term from the wine-making process of selecting those grapes that have been aged to achieve just the right level of "rot" to make the sweetest, most flavorful wine. And so it seems fitting that this long-running act has chosen this year to pluck one of its oldest and most celebrated songs from the vine for a fresh and invigorating new studio version. "When Worlds Collide" is perhaps the song most closely associated with POWERMAN 5000 ever since it became a monster hit on MTV in 1999 as well as being selected for inclusion in the landmark video game "Tony Hawk's Pro Skater" and the Adam Sandler film "Little Nicky". Through the years, the song has continually evolved through live performances by various incarnations of the band, which has kept the track among the favorites of even the most diehard fans. No surprise then that this new version sounds more muscular, more confident and more modern than the original.

As frontman and founder Spider One puts it: "Re-recording 'When Worlds Collide' was like jumping into a time machine. We play that song live every night on tour but I hadn't actually listened to the recorded version in a long time. So, when it came time to tackle the re-record, it was a weird process of trying to emulate myself. Which all these years later seemed like a stranger."

Many fans have already heard this new recording as it was offered as a bonus track on the CD version of "The Noble Rot". But now the band has made the track available on all digital platforms, along with a superb cover design by Mark R. Kosobucki. 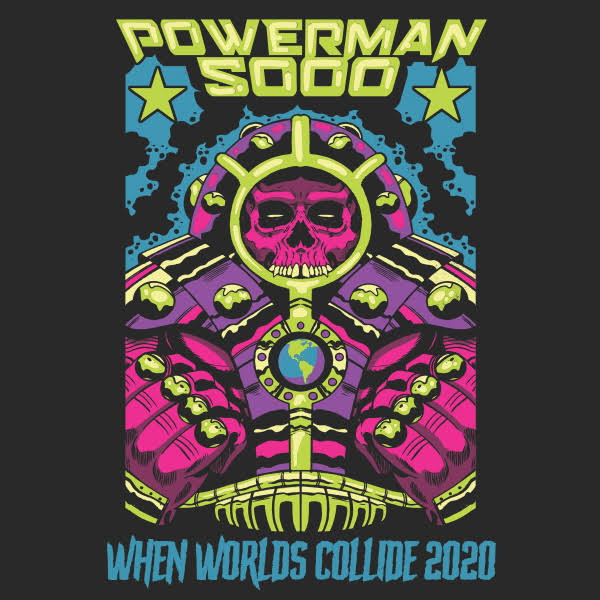