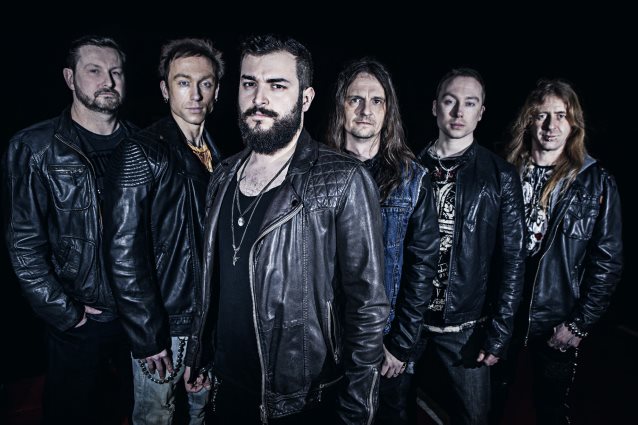 Inner Wound Recordings has announced the signing of melodic power metallers POWER QUEST. The band will hit the studio in April to record its new album, to be released in October.

Known for its catchy, uplifting sound and superb live shows, POWER QUEST is back to deliver its sixth album in conjunction with Inner Wound. Having toured with the likes of HELLOWEEN, ANGRA, FREEDOM CALL and SYMPHONY X, to name but a few, the band is ready to take things to the next level.

Steve Williams of POWER QUEST comments: "I'm really pleased to have sealed the deal with Emil and Inner Wound for the release of the next POWER QUEST opus. We were in discussions for a couple of months, during which time the salient points of the deal were already agreed before I recently flew to Gothenburg to sign the agreement in person. In this age of faceless business, it was refreshing to do things the old-fashioned way. I'm really excited about this collaboration and we have a lot of cool things planned for the next 12 months."

Emil Westerdahl of Inner Wound Recordings comments: "It's a true pleasure to announce the signing of POWER QUEST to the label. During the past few months that Steve and I have been in contact, it's become clear that we share the same vision for the band and that POWER QUEST and Inner Wound is a perfect fit. I am really excited about the cooperation and also confident that together we'll be able to take POWER QUEST to the next level."