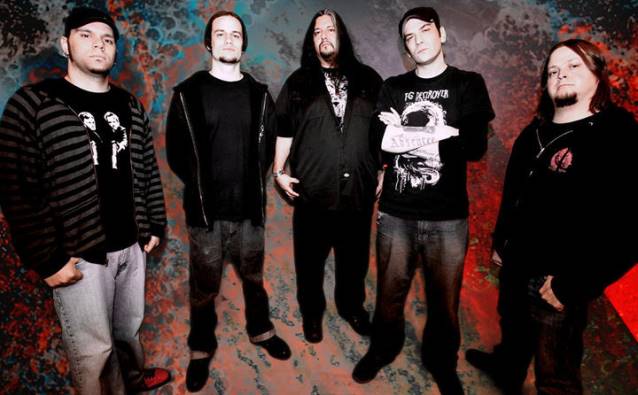 "This record is a compilation of my favorite PITCH BLACK FORECAST songs, which are remixed with additional tracking and far closer to my initial vision," said Popson, who recently rejoined MUSHROOMHEAD for the band's Top 20 Billboard-charting new record, "The Righteous & The Butterfly".

"The funny thing about side projects is the time frame in which you must deliver, sometimes things are rushed and unfocused. With this release, we've trimmed the fat and took our time compiling what I consider the definitive PITCH BLACK FORECAST release."

Asked what genre PITCH BLACK FORECAST falls under, Popson simply said "pissed" to describe the aggressive wallop of the material.

Regarding the BITCH WRANGLER side project, Popson said, "[It] is some totally original, experimental music that is meant to offend."

Both the PITCH BLACK FORECAST and BITCH WRANGLER projects will be released this fall.