As a precursor to its release, the band is pleased to unveil a special Black Friday teaser with its scalding cover of BATHORY classic "Massacre". Fan-filmed video clip of the track, captured at various shows through the years, can be seen below.

Says SCOUR: "As we await the completion of SCOUR's next release, the 'Black' EP, enjoy our cover of BATHORY's 'Massacre'!"

SCOUR's "Massacre" cover was mixed and mastered by Dave Otero at Flatline Audio and will be streaming on all platforms and available for free download Black Friday, November 29 at the SCOUR Bandcamp page.

Additionally, SCOUR is commemorating the release with a limited-edition "Massacre" tribute shirt through Indiemerchstore for $16.66 with special code: BARGAINBIN. Grab yours today at this location.

Forged in 2015, SCOUR's debilitating fusion of black metal, grindcore, and thrash made its debut with the ferocious single "Dispatched". The band's debut EP, "Grey", was released the following year via Anselmo's own Housecore label. Just before a crushing performance at Hellfest, which featured a cover of the PANTERA classic "Strength Beyond Strength", the band recorded the "Red" EP at Nodferatu's Lair with Steve Berrigan (DOWN, PHILIP H. ANSELMO & THE ILLEGALS, EYEHATEGOD, HAARP, CLASSHOLE) at the helm. The record was mixed and mastered by Dave Otero at Flatline Audio and released in 2017. Reaping critical hails from fans and critics alike, the recording ranked among Revolver's 20 Best Albums Of 2017, with the esteemed publication noting, "ex-PANTERA frontman Phil Anselmo has dabbled in black metal intermittently for over two decades now with side projects like CHRIST INVERSION, VIKING CROWN, EIBON, and now SCOUR, his gnarled crew of battle-tested players from PIG DESTROYER, CATTLE DECAPITATION, and others. A six-track romp through buzzing infernos and sludgy hellscapes, the supergroup's second EP, 'Red', is Anselmo's finest black-metal hour to date — no corpse paint necessary."

Further details on the "Black" EP will be announced in the coming weeks. 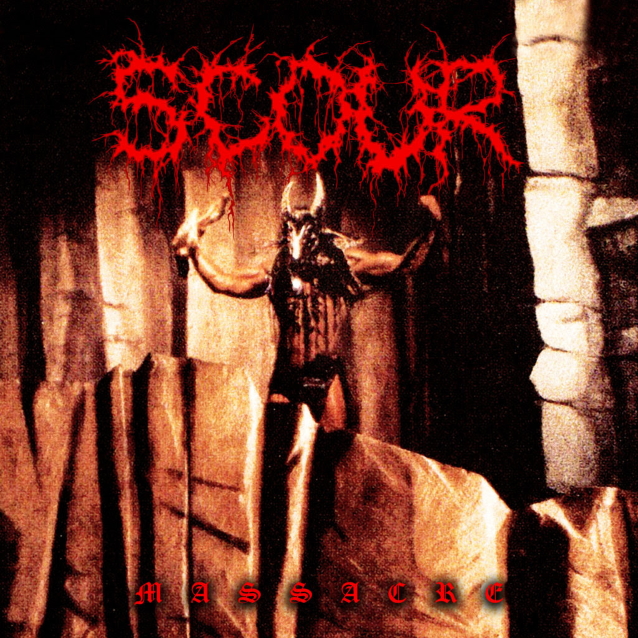