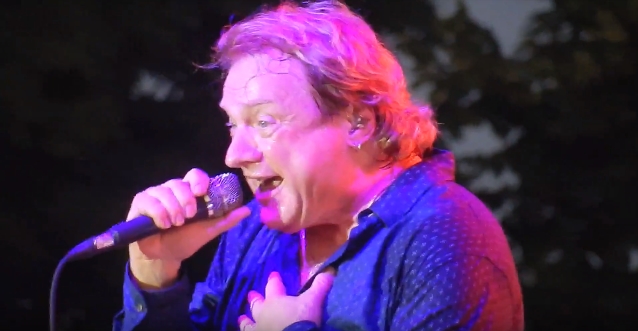 Original FOREIGNER singer Lou Gramm spoke to WXXI's Beth Adams about his recent announcement that he was retiring from performing as a solo artist.

Gramm broke the news of his decision to stop touring at the conclusion of his concert on December 29 in Schenectady, New York.

Asked what he meant when he said that he was putting an end to his solo career, Gramm told WXXI: "When I left FOREIGNER in 2003, I put together my own band and I've been playing with various versions of that band, on and off, [until] last [month]. And I decided that I've been doing this for over 45 years, and we have a little one at home, and I wanted to spend time at home with Robyn [Grammatico, Gramm's wife] and my baby girl's name is Luciana. [She's] a year and three months. She's a little redhead and she's feisty and sweet and so much fun to be around."