Guitarist/vocalist Mikael Åkerfeldt of Swedish progressive metallers OPETH has agreed to curate Roadburn Festival 2014 on Friday, April 11 at the 013 venue in Tilburg, The Netherlands. As curator, Mikael will personally select the bands for his special event, and play a headline show with OPETH, too!

OPETH's body of work is highly respected by Roadburn audiences, which makes Mikael the ideal choice to carry on the tradition that began in 2008 with David Tibet of CURRENT 93, and continued with NEUROSIS, Tom G. Warrior, SUNN 0))), VOIVOD and Jus Oborn of ELECTRIC WIZARD.

"It's with great honor that I accepted the invitation to be the curator for the 2014 Roadburn festival", says Mikael Åkerfeldt. "I'm pretty damn far from being a professional booker/promoter, and I've never been part in choosing bands for an event apart from bands that OPETH has toured with. So this is a first for me, but I have to say I'm very excited."

He continued: "I've reached out to a handful of my favourite bands from the past and present. As of now it looks like it will be an amazing musical event. Still brainstorming about possible bands for this glorious festival but I already know that I'm going to be like a kid at Christmas. It will be amazing! Plain and simple. Obviously, OPETH will perform as well, but to be quite honest with you, our own performance doesn't get me nearly as excited as the thought of experiencing the bands that have shown interest. It will be remarkable and memorable. A celebration, bitches!"

Beginning a new chapter of their ongoing legacy, Bristol's psych rock band THE HEADS will follow in the footsteps of ENSLAVED, CIRCLE, Justin K Broadrick and Neige (ALCEST) as Artist In Residence at the 2014 Roadburn Festival.

Roadburn is THE HEADS' spiritual home, and they are honoured to be asked to be the Artist in Residence and are excited to have John McBain (of MONSTER MAGNET fame) join them for this and new recordings.

As part of the Artist in Residence, KANDODO will perform as a three-piece on Friday, April 11. THE HEADS will play a live set for the first time with John McBain on Saturday, April 12 at the Main Stage.

Holland's very own Roadburn Festival has become Europe's leading festival for psychedelic, avant-metal, doom, heavy '70s or any other variation of leftfield sonic pleasures that push the boundaries of music.

Roadburn Festival 2014 (including Mikael Åkerfeldt's curated event, OPETH and LOOP) will run for four days — from Thursday, April 10 to Sunday, April 13, 2014 at the 013 venue in Tilburg, The Netherlands. 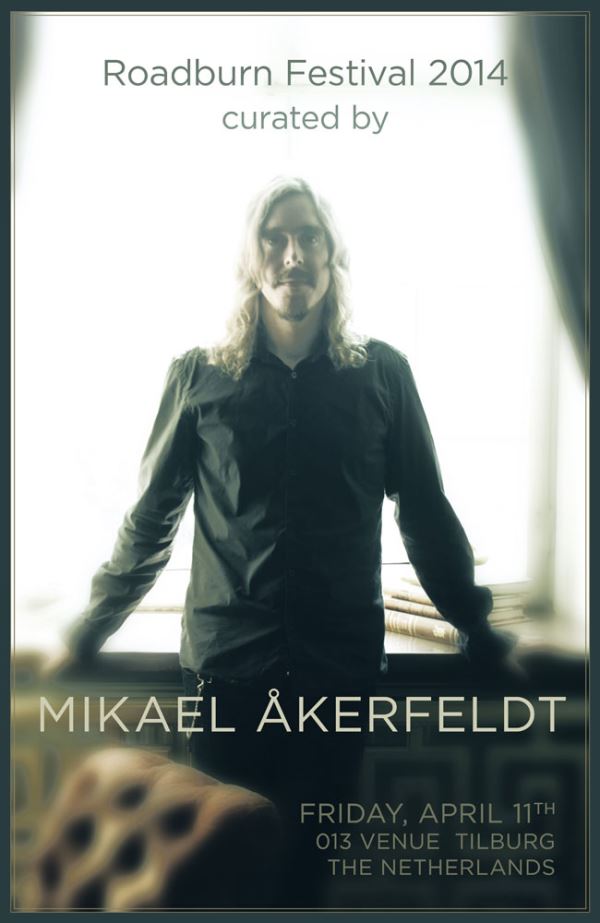