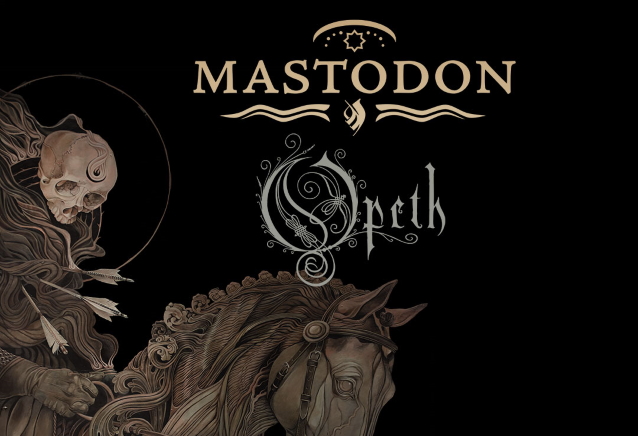 Sweden's iconic rock/metal titans OPETH will return to North America this fall for a tour with fellow masters of prog-metal MASTODON. Announced today, the bands will embark with special opening guests ZEAL & ARDOR on a two-week tour kicking off in Asheville, North Carolina on November 16 and wrapping in Denver, Colorado on December 5.

Commenting on the impending tour, OPETH vocalist/guitarist Mikael Åkerfeldt states: "Well, we're about to start up the ole machine again after our longest (involuntary) break ever. We've kept rather silent during all this time. We haven't done much press or public appearances. No streaming shows and of course, no 'real' shows. We've kept to ourselves, biding our time.

"Coming back to North America will be a treat, even if there are conflicting emotions. We've become used to being out of sight. But playing live is such an integral part of being in this band. We need to get back out there to see if we still have it in us.

"Stepping out on a stage after all this time will surely be a nerve-wrecking experience, but we count on you to help us out. We'll be traveling with familiar faces however. Together with our friends in MASTODON. But also with new acquaintances, ZEAL & ARDOR.

"Going on tour during these times means serious restrictions of course. It will be strange in so many ways. But once we're up there we trust the power of music will take over and make us feel secure. We collectively look forward to this (with a slight touch of pure fear).

"To wrap this up: Won't see you in the pub (unfortunately), but we sincerely hope to see you through the limelight. For us, this coming tour is already memorable. Odd!"

Following the release of their latest, critically acclaimed record "In Cauda Venenum", OPETH's touring was unfortunately cut short due to the COVID-19 pandemic. Two years later, the band will make its long-awaited return to North American stages in support of the record and the upcoming release of "In Cauda Venenum (Connoisseur Edition)", which features a remastered version of the album transferred to magnetic tape and cut directly to vinyl with three unreleased bonus tracks.

"In Cauda Venenum (Connoisseur Edition)" is available as a separate 2LP (180g) version in Swedish and English that includes a 16-page booklet illustrated by internationally renowned Travis Smith. In addition, you can get a limited premium boxset featuring both versions, a 60x60cm poster, as well as an exclusive EP with three previously unreleased OPETH songs in two languages: "Pöbeln" / "The Mob", "Cirkelns Riktning" / "Width Of A Circle" as well as "Frihet & Tyranni" / "Freedom & Tyranny".

Åkerfeldt adds: "During the pandemic we've put together a vinyl remaster 'connoisseur' edition of our latest album, 'In Cauda Venenum' that features three (six really, if you count both versions of each song) previously unreleased tracks from the sessions. These tracks have a high obscurity factor, but I'd like to think they are high quality. Quite different from the rest of the songs on the album, but quality nonetheless. Everything put together in a nice package, for your pleasure." 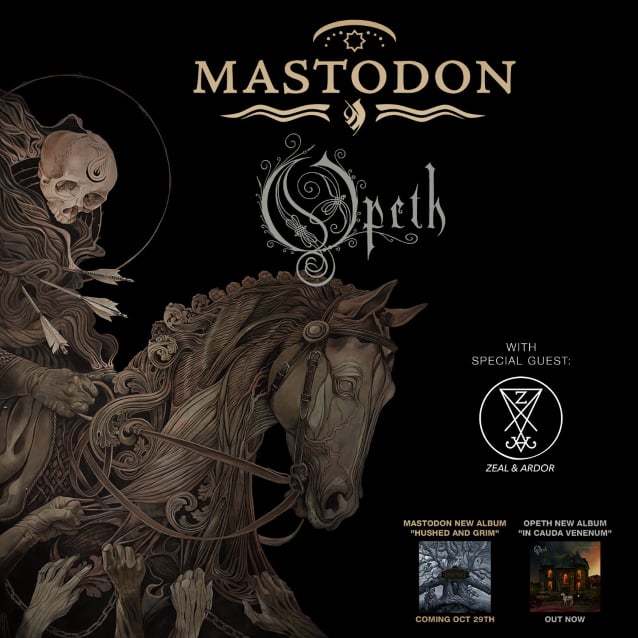