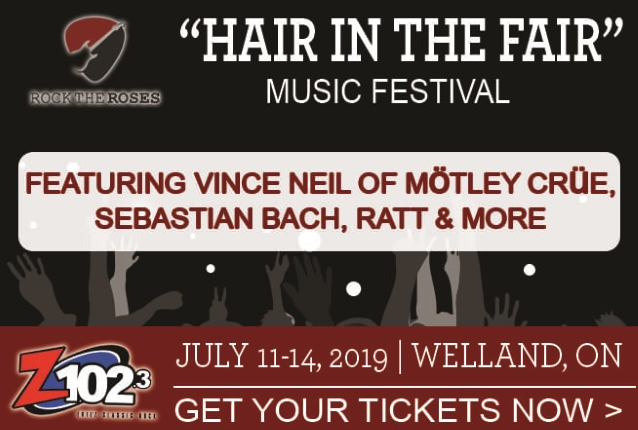 Hair In The Fair festival, which was scheduled to take place July 11-14 in Welland, Ontario, Canada, has been canceled.

Organizers announced on Thursday that they were pulling the plug on the event "due to financial hardship and extremely low ticket sales."

A message on the festival's official web site reads: "We deeply regret this announcement as we were looking forward to a great event for all. In times of economic hardship it is hard to regain stability to provide a properly executed event."

Last week, festival organizers said 1,000 passes needed to be sold to save the event.

Hair In The Fair was slated to include performances from a number of 1980s rock bands like L.A. GUNS, RATT, QUIET RIOT, HELIX, ANVIL, SVEN GALI and WARRANT.

Last month, several acts pulled out of the festival, including Vince Neil and Sebastian Bach, with Bach saying on social media that the cancelation was a result of the promoter not meeting contractual obligations.