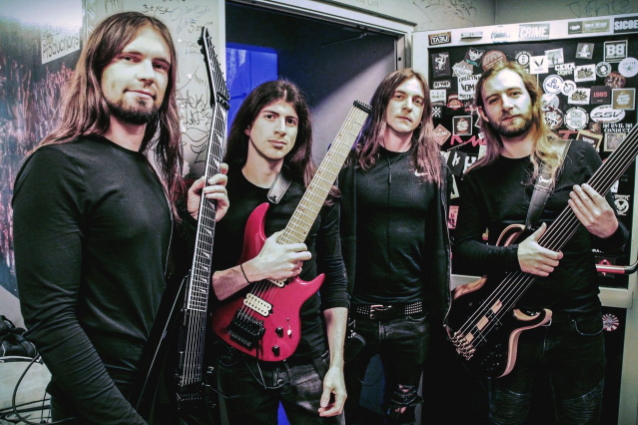 German progressive titans OBSCURA have announced the departures of guitarist Rafael Trujillo, bassist Linus Klausenitzer and drummer Sebastian Lanser due to "musical differences." The trio will move on with their new group, named OBSIDIOUS.

OBSCURA leader Steffen Kummerer said in a statement: "Firstly, I would like to thank our former members Rafael Trujillo, Linus Klausenitzer and Sebastian Lanser for their dedication during the last years. Now, 2020, a new chapter for OBSCURA begins with entering Woodshed Studios this Summer to produce our sixth full-length record, and the first album for our new label Nuclear Blast. The new lineup will be revealed shortly."

Trujillo stated: "I'm really thankful for the amazing experiences I have made over the last couple of years and all people who have supported me on that path. Leaving something behind opens new opportunities."

Klausenitzer commented: "No one except Steffen has been in the band longer than I have, so you can imagine that this was not an easy decision for me. However, for us this is the beginning of a musical journey that I'm sure you will enjoy."

Lanser said: "Time has come for me to move on and pursue new musical adventures. A big 'thank you' to all our fans around the world for the amazing support — you rock! I am sure we will meet again at some point in the future."

Founded in 2002, OBSCURA established its reputation by releasing five studio albums which have been highly acclaimed by fans and press alike, accompanied by playing support tours as well as their own headline shows all around the globe.