Finland-based symphonic metallers NIGHTWISH will release a strictly limited (no re-prints!), special tour edition of their current album, "Endless Forms Most Beautiful", on October 30 via Nuclear Blast. The set comes with a bonus DVD containing all 21 making-of episode for the CD as well as two new, unreleased performance clips for "Yours Is An Empty Hope" and "Stargazers", along with five special clips, including documentary scenes for the songs "Planet Hell", "Last Of The Wilds", "Storytime", "Arabesque" and "Last Ride Of The Day". There will also be a huge photo gallery with more than 400 pictures, taken on the road and during the promotional period of "Endless Forms Most Beautiful".

Pre-order the "Endless Forms Most Beautiful" tour edition at this location.

NIGHTWISH has announced a 26-date headlining tour of North America for 2016, launching in Sayreville, New Jersey on February 19, hitting six Canadian cities plus Pittsburgh, Anaheim, and New Orleans, then closing out in Tampa, Florida on March 23. Support on the tour will come from Dutch symphonic metallers DELAIN. 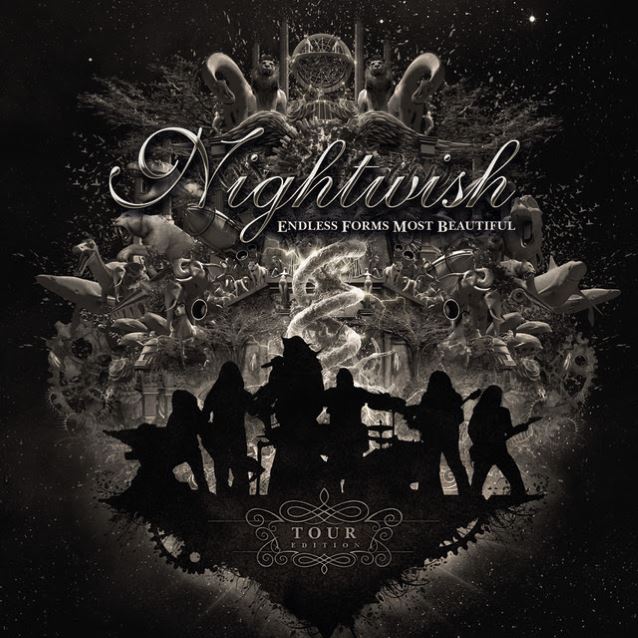