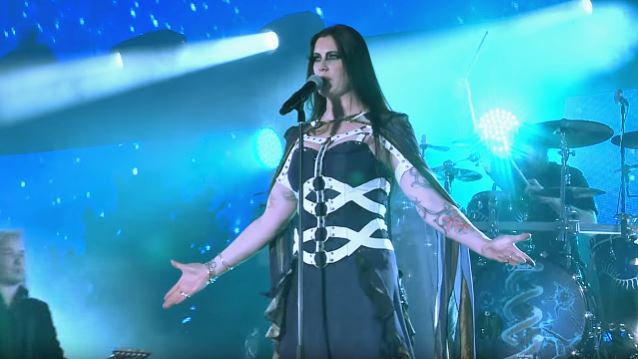 NIGHTWISH singer Floor Jansen says that her recent derogatory comments about SLAYER were taken "out of context" and "used for pathetic 'shock purposes.'"

Last week TeamRock reported how Jansen called SLAYER "dreadful," "unbelievably boring" and "terrible" when asked to name the most metal album she owns.

After SLAYER fans reacted angrily to her comments, Jansen took to her Instagram account to respond. She wrote: "Apparently I unleashed the fury upon metal earth when I was asked a question about the most metal album I own. Thinking SLAYER's music is not my thing doesn't mean I don't respect the band for what they are and what they've done. I just won't play it. As I can imagine they won't listen to mine either for that matter.

"The reactions this triggered online saddens me. We are all entitled to our own opinion. But this sentence about my metal albums was put out of context, blown up and used for pathetic 'shock purposes.' Does that mean I need to keep my mouth shut next time, no. Does it mean I need to be offended by so many whom I didn't offend? No... I don't like SLAYER. Shall we get over that now?"

Jansen, who officially joined NIGHTWISH in 2013, recently shot down speculation that NIGHTWISH's upcoming year-long break in 2017 has something to do with tension between members of the group. The vocalist also dismissed rumors that she will leave the band after welcoming her first child.