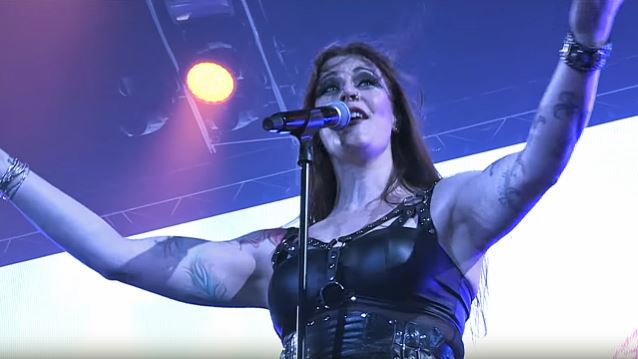 NIGHTWISH singer Floor Jansen and SABATON drummer Hannes Van Dahl welcomed their first child, a daughter named Freja, on March 15. They say in a statement: "We are very happy parents! Thank you for your kind support coming in from all over the world during this time!"

Van Dahl is sitting out shows on SABATON's European tour so that he could spend time with his family during this period. Fillling in for him is Daniel Sjögren (TWILIGHT FORCE, BLOODBOUND).

In perfect health our daughter Freja was born on the 15th of March. We are very happy parents! Thank you for your kind support coming in from all over the world during this time! Hannes, Floor & Freja.