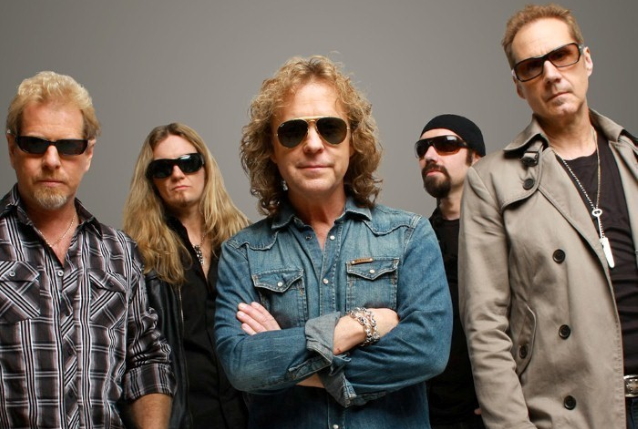 To commemorate the 10th anniversary of "Somewhere In California", the acclaimed 2011 release by iconic classic rockers NIGHT RANGER, Postseason Records (in conjunction with M-Theory Audio and Record Store Day) will issue the album on vinyl for the first time on Black Friday (November 26). This limited-edition LP — which will be offered on Pacific Blue-colored wax — will feature a gatefold jacket, a printed inner sleeve and an exclusive, in-depth liner notes interview with founding members Jack Blades (bass/vocals), Kelly Keagy (drums/vocals) and Brad Gillis (guitars).

A return to form that measured up to the likes of the platinum classics "Midnight Madness" and "7 Wishes", "Somewhere In California" — NIGHT RANGER's tenth studio album — is a modern AOR classic from a legendary band that both epitomized and transcended the arena rock sound. It earned a rare 100% rating from MelodicRock.com ("simply essential… one of the band's best records") and led to the group's first appearance on the Billboard Top 200 in 23 years. The record was the group's first with guitarist Joel Hoekstra (WHITESNAKE, TRANS-SIBERIAN ORCHESTRA) and ushered in a decade of activity that saw the band — best known for the timeless anthems "Sister Christian", "(You Can Still) Rock In America" and "Don't Tell Me You Love Me" — achieve its highest visibility in years via tours with the likes of JOURNEY, DEF LEPPARD, FOREIGNER and Sammy Hagar.

"I think this album shows how much NIGHT RANGER has grown over the years," Keagy said during the liner notes interview. "This became a new start for us, a new beginning for NIGHT RANGER — not only energy-wise, but it showed what good songwriters we were, and that we could continue on and still make great music."

"It was a conscious effort to make a classic-sounding NIGHT RANGER record," Blades added. "We didn't go over the songs so many times to where we were sick of them, and all of a sudden they got neutered. We kept the excitement going, and I think that translated into the actual recordings."

Having sold over 17 million albums worldwide, performed across more than 4,000 stages and captivated a radio audience that exceeds 1 billion, NIGHT RANGER is unquestionably an iconic act of the 1980s rock scene. The band has earned widespread recognition and left an indelible mark on the music industry with a long list of gold, platinum and multi-platinum albums. Their popularity is fueled by an impressive number of instantly recognizable hit singles and signature album tracks that have been prominently featured in many different areas of global media and pop culture, including television ("Glee", "Grey's Anatomy"), video games ("Grand Theft Auto"), Broadway ("Rock Of Ages"), commercials (Dr. Pepper, JBL) and feature films ("Boogie Nights", "The Secret Of My Success").

Perhaps most impressively, NIGHT RANGER continues to issue high-quality new material such as the recently released "ATBPO (And The Band Played On)" and deliver energetic live performances that continue to please fans and crowds around the world. The group's upcoming shows include performances at the Monsters Of Rock Cruise's inaugural Monsters On The Mountain festival, the Kiss Kruise and Sweden Rock Festival. 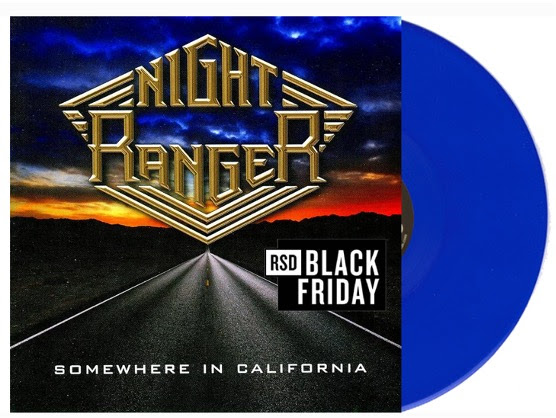