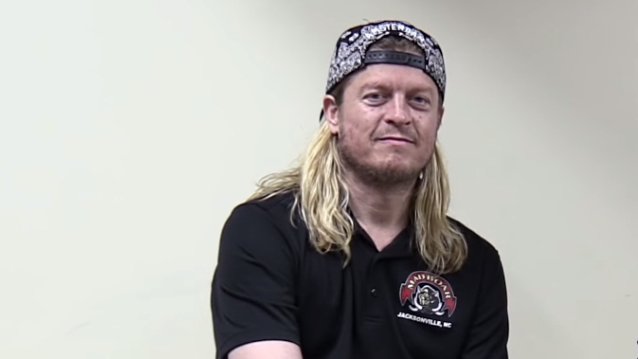 PUDDLE OF MUDD is promising to release some new music "very soon."

Earlier today, PUDDLE OF MUDD tweeted out a new video teaser along with the caption "Puddle of Mudd New Release Coming VERY Soon 2019."

Last December, PUDDLE OF MUDD frontman Wes Scantlin told the Rock 100.5 The KATT radio station that fans can expect to hear a "really badass" new record from the band. "We worked our butt off on it, and I can't wait to get it out," he said. "Coming soon."

Asked if he could provide any insight into the sound of the new PUDDLE OF MUDD record, Wes said: "It's just a bunch of great songs, man — heartfelt and true to PUDDLE OF MUDD form."

Last year, Scantlin said that he finally got his life together after years of legal troubles, canceled or disrupted shows and arrests for disorderly or drunken behavior.

Scantlin said that he ended up going back to rehab and receiving treatment "because there's really nowhere else to go." He also credited his family and fans for giving him the strength to try to get better.