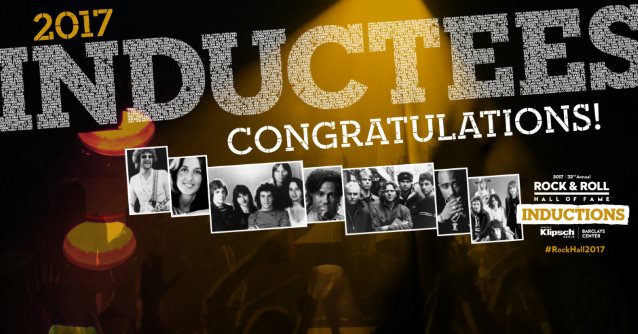 According to Cleveland.com, Neil Young and RUSH's Alex Lifeson and Geddy Lee will induct PEARL JAM and YES, respectively, into the Rock And Roll Hall Of Fame in April. The ceremony will take place on Friday, April 7 at the Barclays Center in Brooklyn, New York.

"There's a creative committee that looks for these types of connections to find people who are the right fit,'' said Todd Mesek, the Rock Hall's vice president of marketing and communications, in explaining how the institution chooses those who will present artists for induction.

"They look for those connections and a deep appreciation, so that the presenters can speak from the heart on the inductee's impact — both on themselves as well as the fans at large," he said.

"RUSH was definitely influenced by YES, and the two groups are both seminal prog-rock bands, so it's a natural fit to have RUSH welcome in YES as fellow inductees," said Mesek.

"PEARL JAM continues to play Young's 'Rockin' In The Free World' as part of their sets today, so the relationship — personally, professionally and musically — is deep," Mesek said.

An edited version of the 32nd annual Rock And Roll Hall Of Fame induction ceremony will later air on HBO and there will be a radio broadcast on SiriusXM.

Artists are eligible for the Rock And Roll Hall Of Fame 25 years after the release of their first album or single. 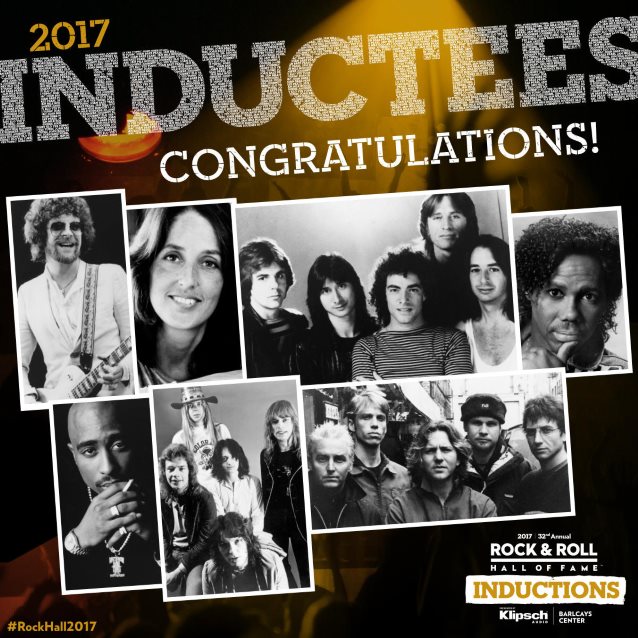