They unify an already-stacked bill featuring extreme metal legends NAPALM DEATH performing a special one-time-only set of songs exclusively from their "Harmony Corruption" and "Utopia Banished" records, while CONVERGE unleash their metallic hardcore landmark album "Jane Doe" in its entirety for the first time ever in North America. If that weren't enough, grinding heroes PIG DESTROYER will help presenting sponsors Relapse Records celebrate the 20th anniversary of PD's game-changing "Prowler In The Yard" LP with the first-ever performance of the record! 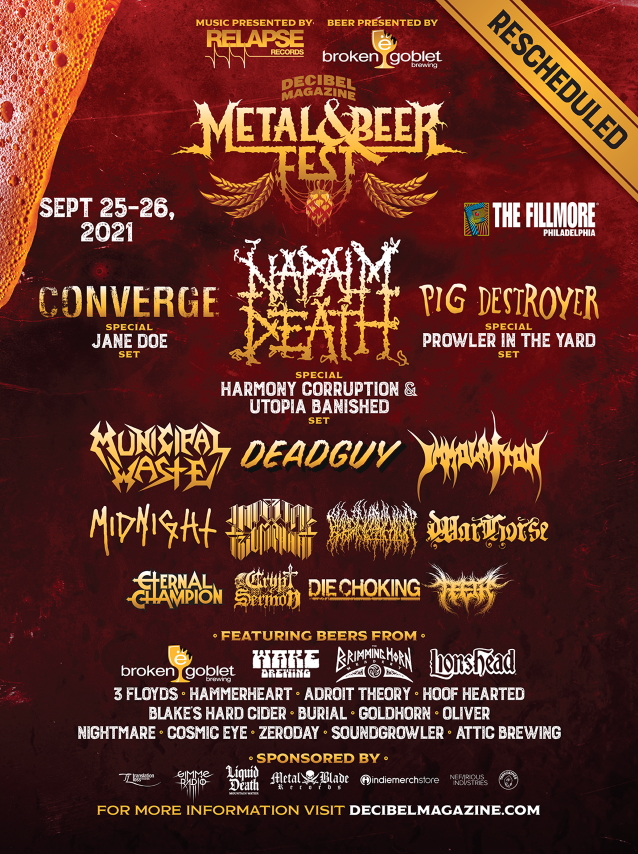