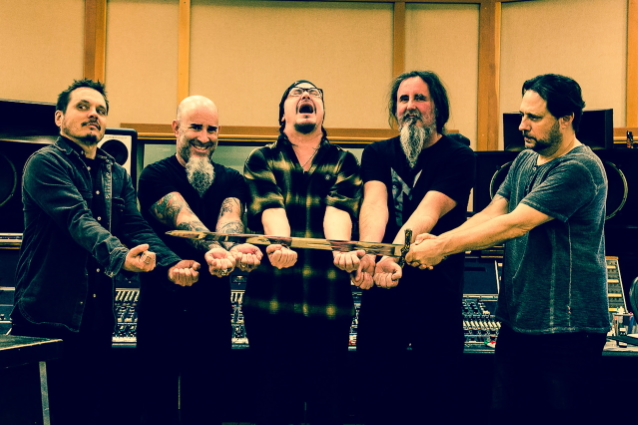 The special event will feature a performance from the current incarnation of MR. BUNGLE: Trevor Dunn, Mike Patton and Trey Spruance, along with Scott Ian (ANTHRAX, S.O.D.) and Dave Lombardo (DEAD CROSS, SLAYER, SUICIDAL TENDENCIES). As Rolling Stone said in its fall music preview, "musical curveballs are encoded in MR. BUNGLE's DNA" so fans can, and should, expect the unexpected.

Tickets are $15 and available now via www.mrbungle.live. The first screening airs at 12 noon Pacific/3 p.m. Eastern on October 31 with the on-demand program available for the following 72 hours. An array of exclusive, commemorative merchandise, including a limited (1000 copies) neon green vinyl variant, will be available to attendees.

MR. BUNGLE will release "The Raging Wrath Of The Easter Bunny Demo" on October 30 via Ipecac Recordings. The 11-song disc features tracks written by the Eureka, California-born band for their 1986 cassette only demo as well as a reimagined cover of the S.O.D. classic "Hypocrites / Habla Español O Muere" (a.k.a. "Speak English Or Die") and CORROSION OF CONFORMITY's "Loss For Words". 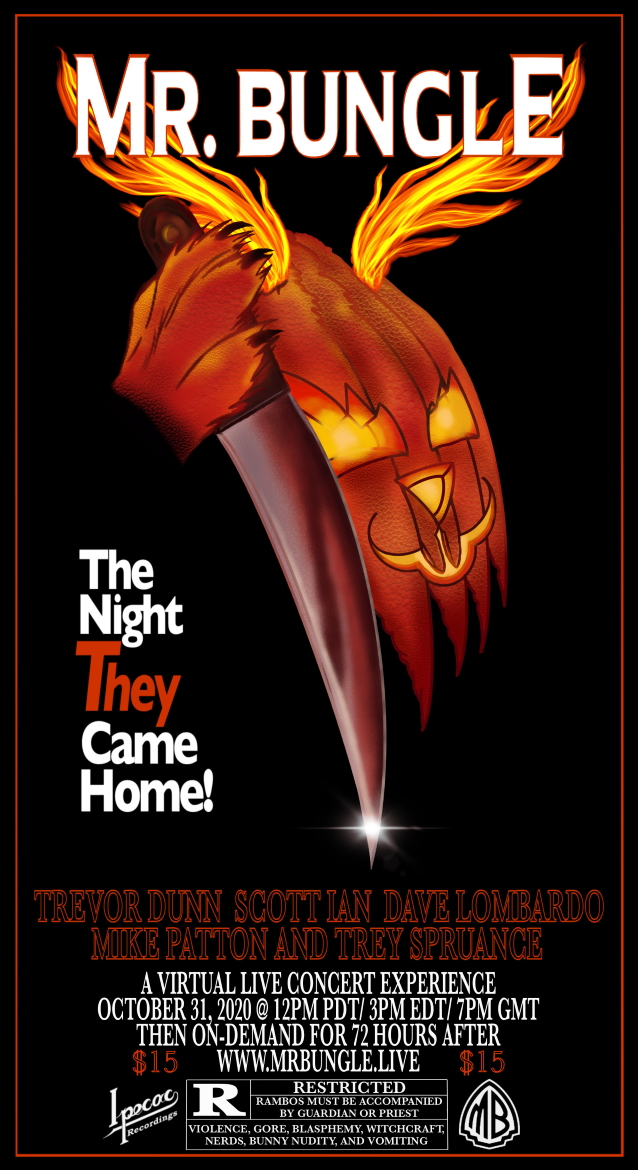