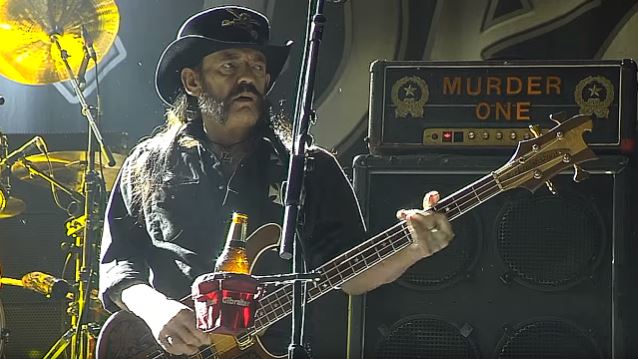 MOTÖRHEAD's November 20 and November 21, 2015 concerts at the Zenith in Munich, Germany were professionally filmed and recorded for release this May via UDR.

Titled "Clean Your Clock", the set will be made available in the following formats:

"Clean Your Clock" will be made available on May 27.

MOTÖRHEAD's final concert took place on December 11, 2015 in Berlin, Germany. Despite suffering from an "extremely aggressive" form of cancer, the band's frontman, Ian "Lemmy" Kilmister battled his way through to the end of the group's European tour.

"He was terribly gaunt," MOTÖRHEAD drummer Mikkey Dee< /b> told Sweden's Expressen. "He spent all his energy on stage and afterwards he was very, very tired. It's incredible that he could even play, that he could finish the Europe tour. It was only [three weeks before he died]. Unbelievable."

MOTÖRHEAD's Berlin concert was originally scheduled to take place on November 27, but was postponed after the group's guitarist, Phil Campbell, was taken ill.

Lemmy had been dealing with serious health issues for the past two years, including getting a pacemaker in 2013 and suffering from a hematoma last year. But despite 40 years of hard living and drinking, he continued to tour and record at a feverish pace.

The band was forced to cancel or postpone a number of shows this year due to Lemmy's poor health, which also forced him to cut back on his drinking and give up smoking.

While MOTÖRHEAD itself was revered by metal and punk fans, Lemmy himself became a rock and roll icon and elder statesman, the embodiment of a musician who lived the rock lifestyle to the fullest and never stopped.

Lemmy told Classic Rock: "I'm pretty happy with the way things have turned out. I like to think I've brought a lot of joy to a lot of people all over the world. I'm true to myself and I'm straight with people."

Asked whether he thought about death in the wake of his recent illnesses, Lemmy replied: "Death is an inevitability, isn't it? You become more aware of that when you get to my age. I don't worry about it. I'm ready for it. When I go, I want to go doing what I do best. If I died tomorrow, I couldn't complain. It's been good." 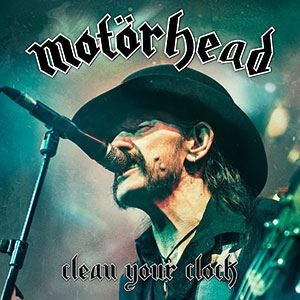