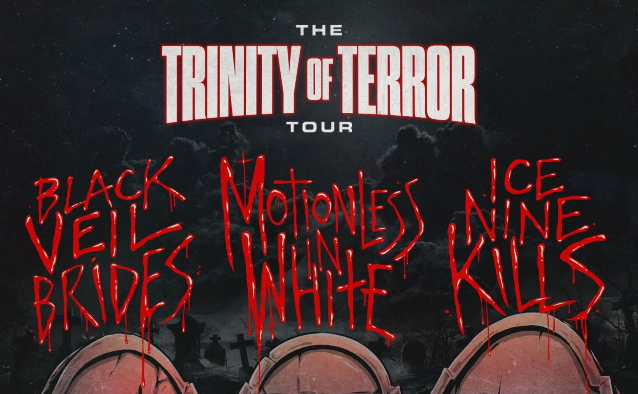 As a killer early holiday gift for fans of all things dark and heavy, three of the biggest names in modern hard rock have announced that they will be joining forces for a triple co-headline North American tour next spring. The "Trinity Of Terror" tour will feature the unholy triumvirate of MOTIONLESS IN WHITE, BLACK VEIL BRIDES and ICE NINE KILLS and will be the first time ever that fans get to see all three bands on the same stage each night.

The coast-to-coast outing, which will see the three bands alternating closing sets each night, is set to kick off on March 17 in Mesa, Arizona and make stops in Los Angeles, Chicago, Salt Lake City, Philadelphia, and more, before wrapping up with a performance at Norfolk's Chartway Arena on April 27.

This past September, MOTIONLESS IN WHITE frontman Chris "Motionless" Cerulli told the Topeka radio station V100 that he was getting ready to record the vocals for the band's follow-up to 2019's "Disguise" album. He said: "I was in California working with our producer Drew [Fulk] throughout a lot of the summer."

As for a possible release date for the new MOTIONLESS IN WHITE LP, Chris said: "In my ideal scenario, I would love, like, February [or] March. But once it hits the label's hands, that stuff changes. But I will be pushing for February or March, for sure."

Decadent, devious, and fiercely insane, with sardonic wit to spare, ICE NINE KILLS celebrates pop culture’s darkest edges, mining a cinephile library’s worth of b-movie schlock and iconic horror on "Welcome To Horrorwood: The Silver Scream 2" and its prequel, "The Silver Scream". 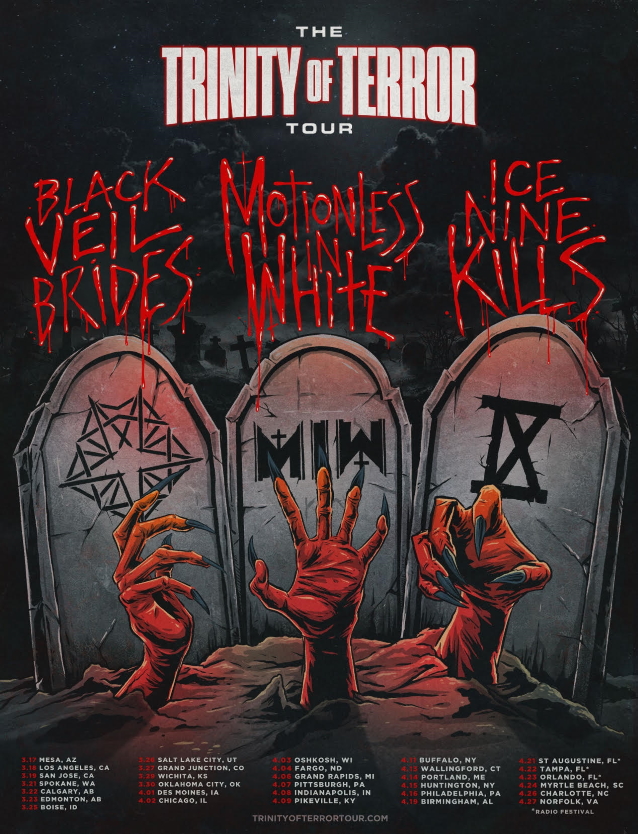