MOTIONLESS IN WHITE has announced "Deadstream #2", set to take place on June 9 from the infamous Pennhurst Asylum in the band's native Pennsylvania. Tickets and merch bundles are on sale now at miwmerch.com. Ticket holders can either watch the stream at the broadcast time or during the 48-hour video-on-demand window on June 10-11.

The band states: "We're kicking off the summer of 2021 with a 'Deadstream' sequel! We will be performing from the Pennhurst Asylum in Pennsylvania on June 9th. We are so excited to play for all of you across the world again, and to do it in such a special and unique location."

MOTIONLESS IN WHITE's first "Deadstream" happened just prior to Halloween 2020, to celebrate the tenth anniversary of the band's acclaimed debut album, "Creatures". A month earlier, the band surprised fans with a cover of THE KILLERS' "Somebody Told Me", which is available now on all streaming platforms. The cover followed the arrival of MOTIONLESS IN WHITE's "Another Life / Eternally Yours: Motion Picture Collection" EP, which was produced by Justin Deblieck and mixed by Steve Sopchak. For the EP, the acclaimed Scranton, Pennsylvania band reconstructed, reimagined, and reinvigorated two fan-favorite singles: "Another Life" and "Eternally Yours". Additionally, they included brand new cinematic instrumental tracks for both. For this big screen-worthy interpretation of "Another Life", they recruited dark pop Estonian artist Kerli to contribute an emotionally charged vocal. Over a bed of orchestral strings and sparse piano, frontman Chris Motionless locks into a haunting and hypnotic duet with her. The official music video offers a ghostly counterpoint and alternate view of the original as well.

In October, MOTIONLESS IN WHITE released a brand-new standalone single, "Creatures X: To The Grave". 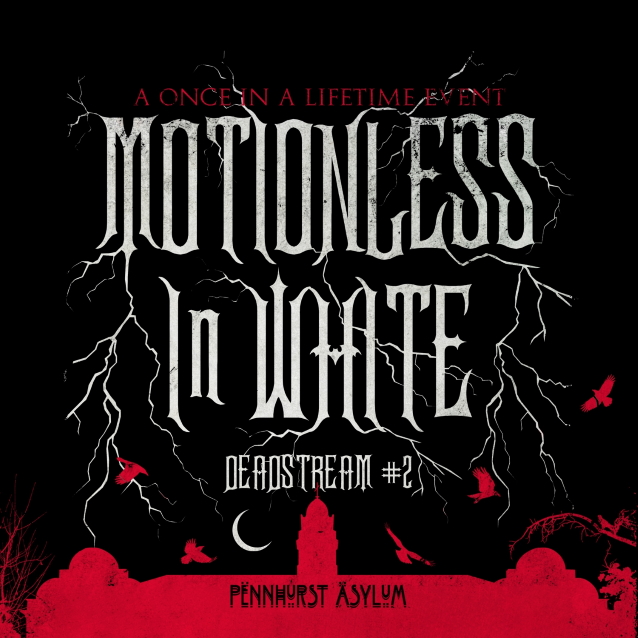