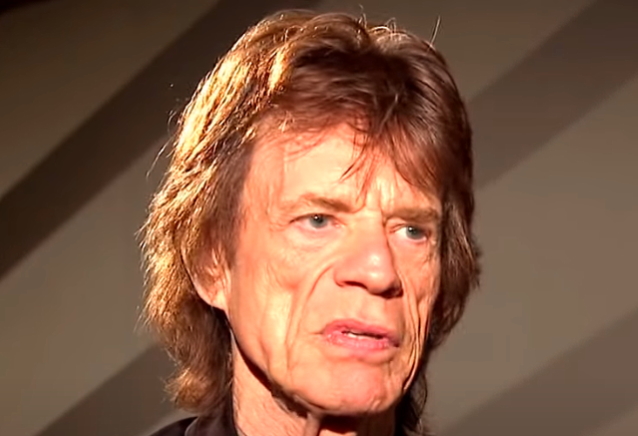 Mick Jagger says that he is "looking forward to coming back to an America free of harsh words and name calling."

THE ROLLING STONES frontman made his comments hours after it was announced that Joe Biden has won the United States presidency by surpassing the 270 Electoral College votes needed to defeat Donald Trump.

Earlier today, Jagger took to his Twitter and wrote the following message to his 2.2 million followers: "I'm so looking forward to coming back to an America free of harsh words and name calling and be amongst people who I know have common ground and harmony. It's a challenge but it can be done!"

This past June, THE ROLLING STONES threatened legal action against Trump if he continued to use the band's music at his campaign rallies.

The Trump campaign reportedly played THE ROLLING STONES' "You Can't Always Get What You Want" at the president's June 20 rally in Tulsa, Oklahoma.

"We are in a very difficult situation at the moment, especially in the U.S., where all the environmental controls that were put in place — that were just about adequate — have been rolled back by the current administration so much that they are being wiped out," Jagger said. "The U.S. should be the world leader in environmental control, but now it has decided to go the other way."

Prior to becoming the Democratic presidential nominee, Biden served as vice president under former President Barack Obama. He is also Delaware's longest-serving senator.

I’m so looking forward to coming back to an America free of harsh words and name calling and be amongst people who I know have common ground and harmony. It’s a challenge but it can be done!