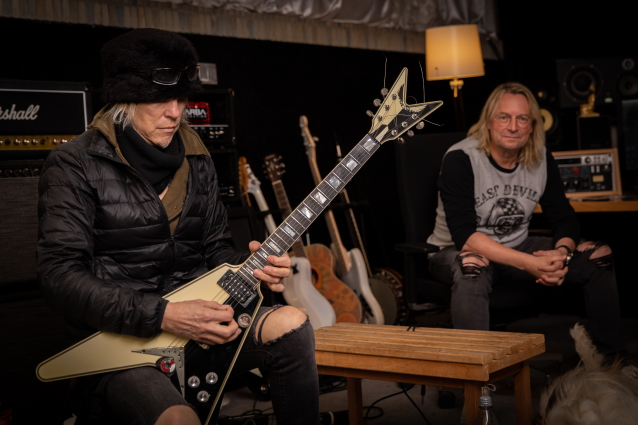 Michael Schenker is currently in the final stages of recording a brand new MICHAEL SCHENKER GROUP album, which is set to be released on Nuclear Blast on January 8, 2021. The album title will be "Immortal", a perfect statement to describe Schenker's legacy and to celebrate his 50th anniversary as a musician.

"It's going very well," says Schenker. "We have a lot of guest musicians, who will undoubtedly help to make it an exceptional success.

"First of all, I want to say that I am very grateful to any musicians that have helped to create a fitting tribute to my long career on this special release. I want to thank all of them for their incredible contribution."

Nuclear Blast founder Markus Staiger is super excited about the new MSG record. Schenker is his teenage idol and brought him on the hard rock path on his early days.

"I am really looking forward to release this brand new MSG album, after the two excellent MICHAEL SCHENKER FEST records," Staiger says. "At the age of 14, the self-titled MSG debut completely blew me away and helped to shape my taste. Since then, I've followed and loved his music and unique compositions. Those ten new tracks are pure magic!"