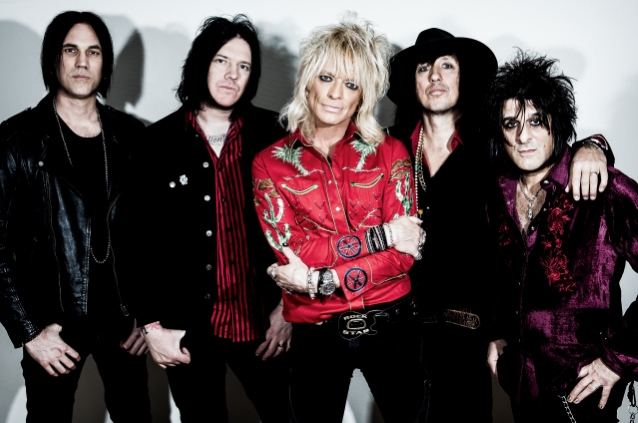 To coincide with the album's release, Monroe will embark on a full European tour at the end of the year.

Michael says: "I am very excited to announce that me and my band will be heading out for a full European tour this winter in support of our brilliant new album, 'One Man Gang', which is going to be released this fall. It's an 'all killers, no fillers' album and I can't wait for you to hear it. I also can't wait to see you down the road."

The Monroe band's all-star lineup features former HANOI ROCKS and NEW YORK DOLLS bass player Sami Yaffa, who has played with Michael since the '80s. On guitar duties are Rich Jones (formerly of the Ginger Wildheart band) and Steve Conte (best known as the guitarist who filled the void left by Johnny Thunders in the NEW YORK DOLLS, as well as playing guitar with many other name acts such as Suzi Quatro, Eric Burden and many more) and drummer Karl Rockfist (who has played with notable acts such as DANZIG).

Tickets go on sale this Friday, May 10.

Monroe told Heavy TV he named his new solo record after the album's opening track, which includes a "killer solo" by the aforementioned Captain Sensible. "It's one of the songs [on the LP], and we decided that since the band is called MICHAEL MONROE — the name of the band is MICHAEL MONROE; the name of a person — so 'One Man Gang'; it's a whole gang of me," he said.

Monroe was also full of praise for his current solo band, saying: "If I had a choice of playing with anybody — alive or dead — in the world, I would choose these guys; that's how important they are to me," he said. "Everybody is allowed to write. Steve Conte [brought] exceptional, totally outstanding material. And Rich Jones now came through amazingly on this record. I swear, I had, like, five or six songs of my own, and I was, like, 'Okay, that's out. I'm taking Rich's, because his are better. Forget about my songs.'"

He continued: "See, the best songs make the album; it doesn't matter who writes. Everybody has the freedom to write, and we choose the best songs for the album; it doesn't matter who writes them, as long as they're the best ones. The whole album, as an entirety, has to be as strong as possible. All killers, no fillers. I never let it go out if it's not perfectly… There can't be one weak track on the record. I'd rather wait and have it be perfect. Actually, we recorded 18 songs, so there's a couple of great ones that we left out too. They'll be on the next album. They're too good for bonus tracks; we'll save 'em for the next album. There's a few obvious bonus tracks — three or four, or whatever."

In June 2017, Monroe released "The Best", the first official collection of his (ongoing) solo musical exploits, featuring prime tracks from 1987 right up to 2017. 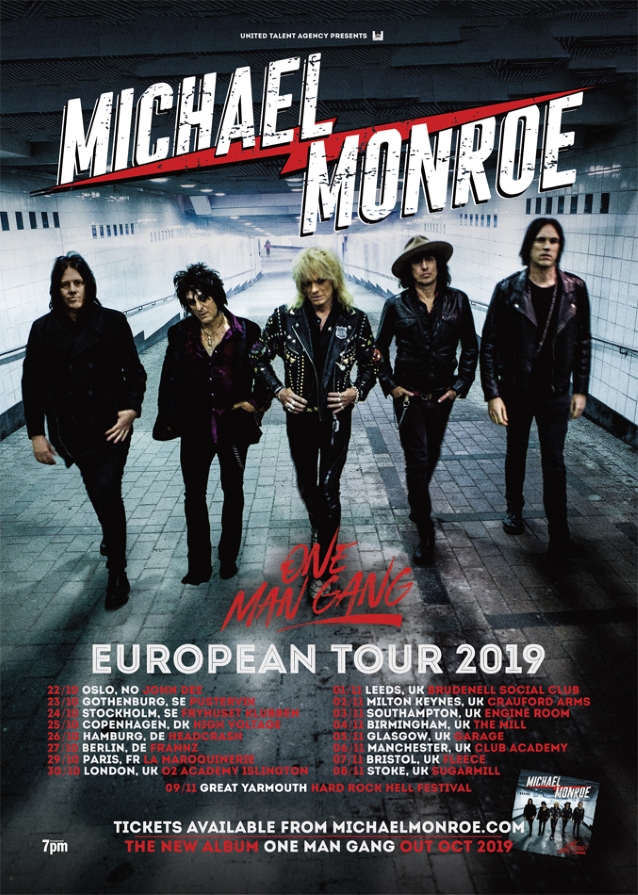