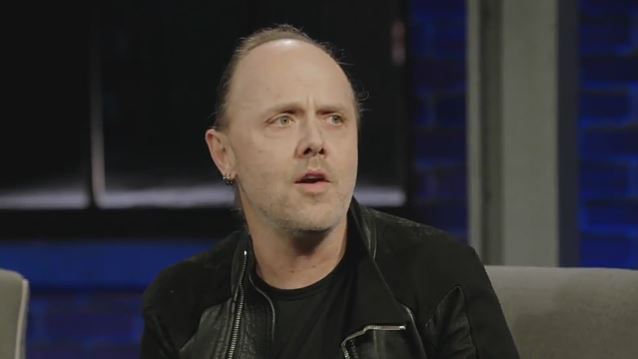 "Join Or Die" takes the basic format of Ferguson discussing historical and political questions with three guests, who tend to be a mix of academics and entertainers, but more of the latter than the former.

On yesterday's episode, Ferguson and Ulrich debated history's most influential band with American comedian, actor, writer, producer and television/radio host Tom Papa; and Alan Light, the American journalist who has been a rock critic for Rolling Stone and the editor in chief for both Vibe and Spin.

Video highlights of yesterday's "Join Or Die" episode can be seen below.

METALLICA spent an entire week in November 2014 as the musical guests on CBS-TV's "The Late Late Show With Craig Ferguson" to commemorate the host's departure after a decade.