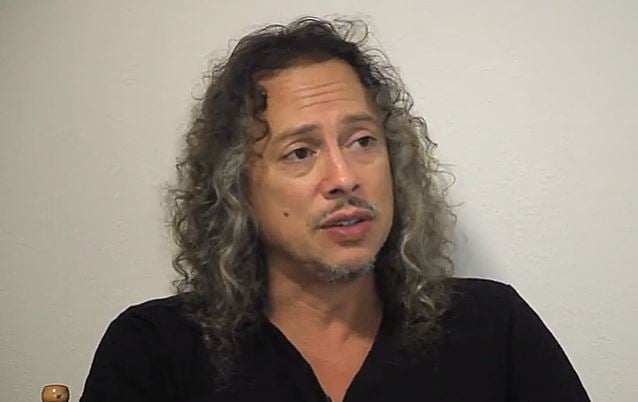 During an appearance on SiriusXM's Liquid Metal on Tuesday (April 14), Hammett spoke about the experience of jamming with MESHUGGAH.

"I could feel the power behind me," he said. "And I was thinking about it, and it was kind of like being in front of a locomotive. And the only way to, like, keep in front of that locomotive is to just play my ass off and keep up with it."

He continued: "It was amazingly powerful and an amazing experience.

"Their stage show is trippy, because they have lights — a lot of lights — and you can barely see those guys. So when I walked on stage, it was so dark on stage, I could barely see my [guitar] neck, but, for some reason, somehow, some way, that kind of added to the overall vibe."

Hammett added: "I just have to say, man… It was the first time I really sat and watched them for more than ten minutes, 'cause that's usually all the time I have. And I have to say, they're one of the best metal bands out there for a variety of reasons, man. In terms of technique and virtuosity, in terms of originality, there's no precedent before MESHUGGAH. They have set a precedent, and they are so unique. It's almost 'Dada-esque.' I know I'm using a lot of big fifty-cent words here, but it's the only way I can really explain how I think and how I feel about them."

Fan-filmed video footage of Hammett playing a guitar solo in the MESHUGGAH song "Bleed" can be seen below.

In a 2002 interview, Hammett said about MESHUGGAH: "You know, I think MESHUGGAH is brilliant. A lot of that extreme stuff doesn't make much sense to me, but when I heard MESHUGGAH, and everybody was talking about them at Ozzfest, I just sort of... I just respect it a lot. That type of stuff, it's not something that I listen to on a daily basis, but it's interesting to me. And there's not a lot of metal stuff that is that interesting. But like MESHUGGAH, that's really fucking interesting. You sit there and say, how does he actually play that on drums? And then you start getting into like, well, does he actually play that on drums? [Laughs] But it sits in a very different place compared to anything else I've heard." 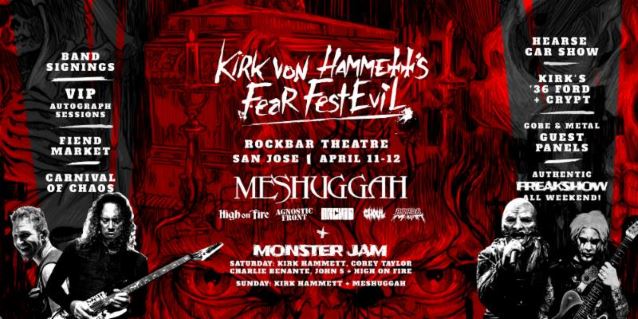