Founded in 2007 and officially kicked off in 2008 by METALLICA, Record Store Day normally takes place on the third Saturday of every April and brings together artists and independently owned record stores around the world to celebrate the art of music. Special vinyl and CD releases and various promotional products are made exclusively for the day and sold in independent stores.

For a list of participating retail outlets, visit www.recordstoreday.com.

Asked about the fact that METALLICA was the first big band to support Record Store Day, METALLICA drummer Lars Ulrich told Q magazine: "Speaking just for me, I've been collecting records since I was nine, and records have just been such a significant part of my life. It's the reason I wanted to be in a band, so stepping up and helping out Record Store Day is what METALLICA call a 'no-brainer.'"

Added METALLICA frontman James Hetfield: "For me, it was when my daughter wanted a turntable. I was, like, [shouts] 'Yes!' I took her to Amoeba Records in San Francisco. She got home and played some vinyl albums on her new turntable. Then about two days later, she said, 'Dad, there's songs on the other side!' [laughs] Yeah, alright!"

"Metallica Through The Never (Music From The Motion Picture)" sold around 25,000 copies in the United States in its first week of release to debut at position No. 9 on The Billboard 200 chart. The CD arrived in stores on September 24 via the band's own record label Blackened Recordings.

A two-disc CD set, "Metallica Through The Never (Music From The Motion Picture)" highlights last year's career-spanning concerts at Rexall Place in Edmonton and Rogers Arena in Vancouver, where the band filmed all performance footage featured in the film.

"Metallica Through The Never" stars METALLICA, one of the most popular, influential rock bands in history. In this music-driven, 3D motion picture event, award-winning filmmaker Nimród Antal immerses audiences in a bracing, raw and visceral cinematic experience with spectacular live performance footage of METALLICA's most iconic songs — created exclusively for film — combined with a bold, narrative story featuring imagery drawn from the band's trailblazing iconography. Dane DeHaan portrays Trip, a young roadie sent on an urgent mission, during METALLICA's roaring live set in front of a sold-out arena. The film features dazzling pyrotechnics, the most elaborate live-performance stage ever built and state-of-the-art 3-D photography, captured using up to 24 cameras simultaneously.

Picturehouse released "Metallica Through The Never" in North America on September 27 exclusively in over 300 IMAX 3D Theatres, and it expanded into additional theaters on October 4.

"Metallica Through The Never (Music From The Motion Picture)" CD track listing: 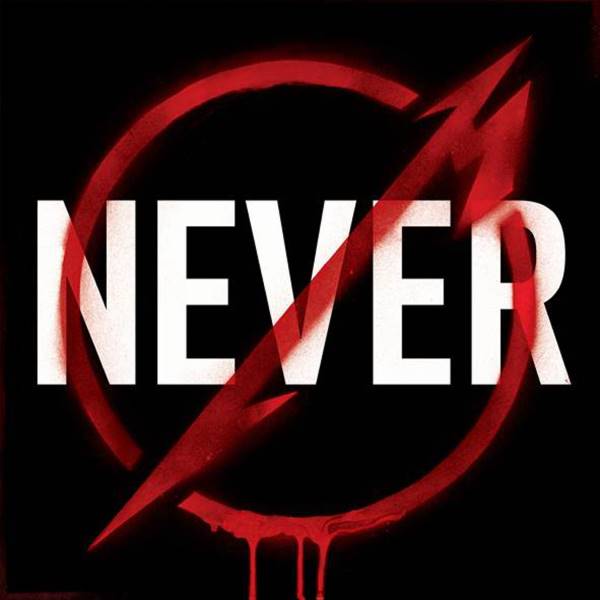