METALLICA will play a "pop-up concert" at Metro in Chicago tonight (Monday, September 20).

According to Fox 32 Chicago, wristbands went on sale Monday for $20 at the Metro box office only.

Attendees must show proof of full vaccination before purchasing a wristband with a final dose administered no less than two weeks ago.

"METALLICA is playing The Metro tonight. METALLICA," the Metro wrote on Facebook. "Yep, you heard that right. Stop everything you're doing, grab a $20 bill, and head immediately to the Metro box office."

METALLICA, which played a "surprise" concert at The Independent in San Francisco last Thursday (September 16), said in a statement: "THAT was way too much fun last week as we finally played in front of real live fans for the first time in over two years in our hometown of San Francisco. So why not do it again. This time we're in Chicago and we'll be hitting the stage at the storied Metro on Clark Street tonight... our first time back there since 1983!!"

A remastered edition of the self-titled LP, commonly known as the "Black Album", is now available on CD, vinyl or as a deluxe box set. The remaster is accompanied by "The Metallica Blacklist", a collection of 53 artists covering the Black Album's dozen tracks, with all profits from the release split evenly between METALLICA's All Within My Hands Foundation and more than 50 other charities chosen by the artists taking part in the project.

Metallica is playing The Metro tonight. Metallica. Yep, you heard that right. Stop everything you're doing, grab a $20... 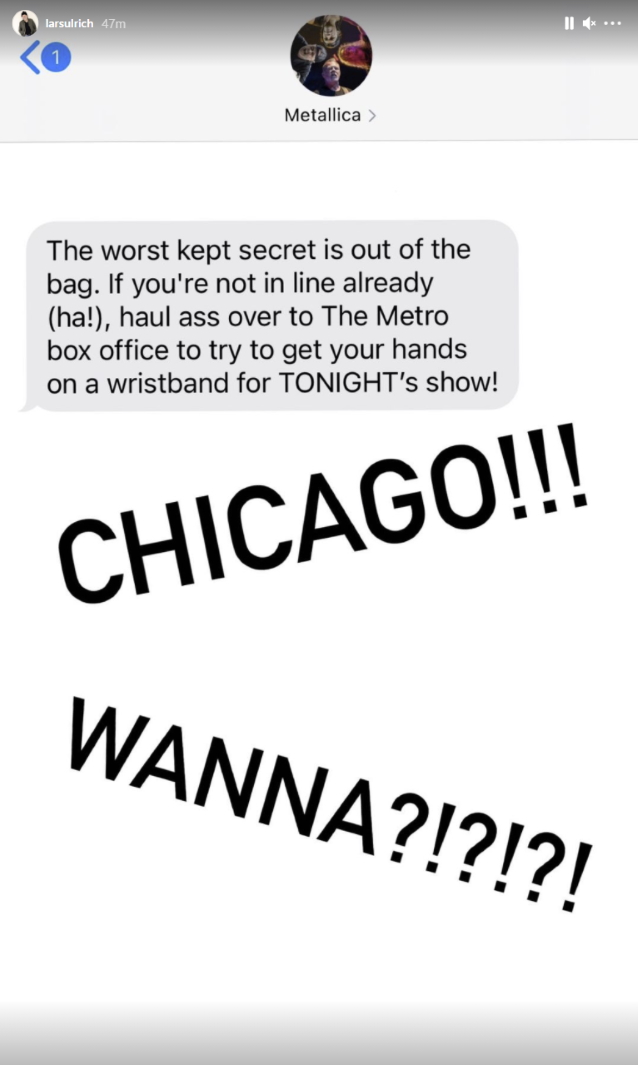 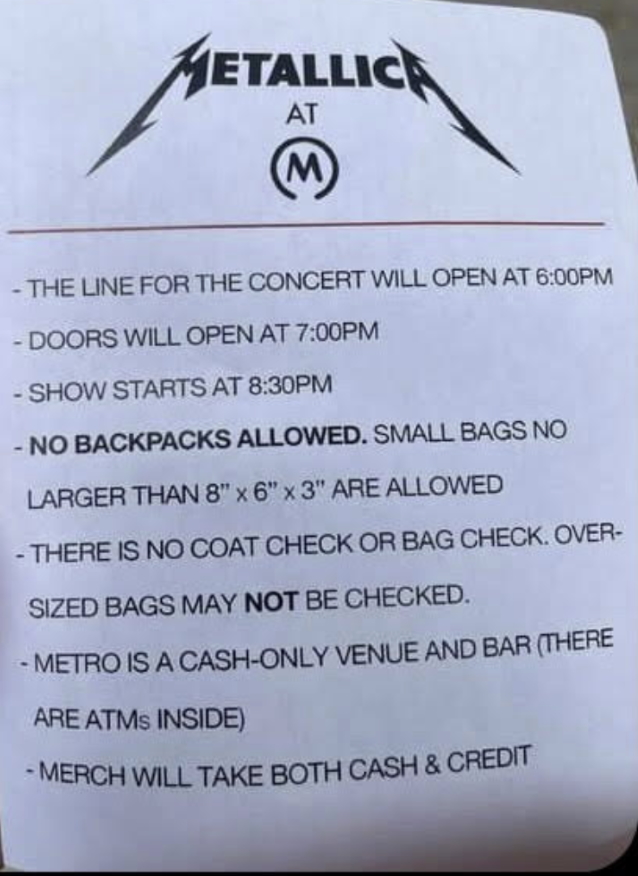