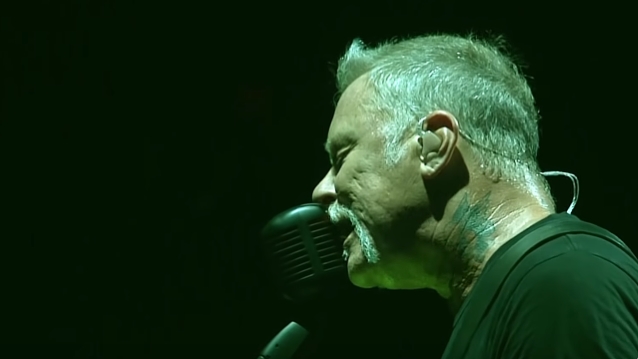 Professionally filmed video footage of METALLICA performing the song "No Leaf Clover" for the first time in nearly seven years on September 4 in Minneapolis, Minnesota can be seen below.

METALLICA's performance at the 19,000-capacity Target Center basketball arena marked the band's first appearance in Minneapolis since playing to thrice as many fans two years ago for one of the opening-weekend concerts at U.S. Bank Stadium.

In his review of the Minneapolis concert, Ross Raihala of the Pioneer Press described the inclusion of "No Leaf Clover" in METALLICA's setlist as a "divisive moment." He wrote: "It was one of two new tracks they wrote for 1999's 'S&M', a live album METALLICA recorded in collaboration with the San Francisco Symphony. While some folks appeared pleased to hear the rarely performed song, most used the excuse to pull out their phones or hit the restrooms."