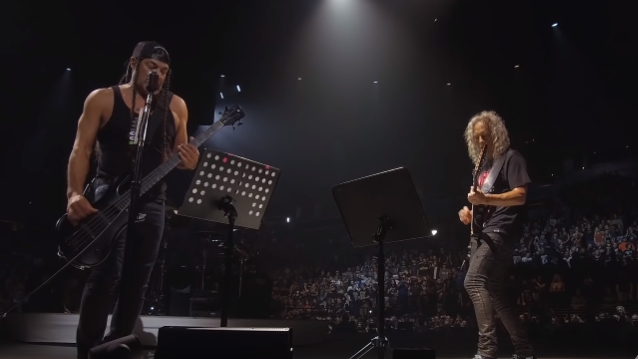 As they've done in every city of the trek, bassist Robert Trujillo and lead guitarist Kirk Hammett played a stripped-down tribute to a local music act, and for yesterday's concert, they chose "When Doves Cry", which appeared on Prince's 1984 album "Purple Rain".

Hammett and Trujillo have a solo spot every night during METALLICA's current live show in which they get to play whatever they want. They previously played snippets of songs from OASIS, BLACK SABBATH, CELTIC FROST and UFO.

METALLICA's performance at the 19,000-capacity Target Center basketball arena marked the band's first appearance in Minneapolis since playing to thrice as many fans two years ago for one of the opening-weekend concerts at U.S. Bank Stadium.