This bundle features the same deluxe box set you can find in the band's official store but has the bonus of an American-made genuine leather and Melton wool tour jacket with quilted lining inspired by the one made for the band and family during the "Wherever We May Roam" tour. 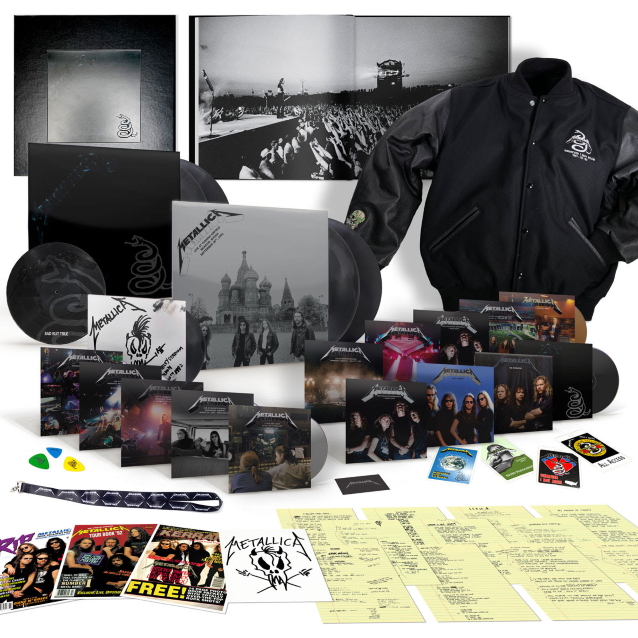