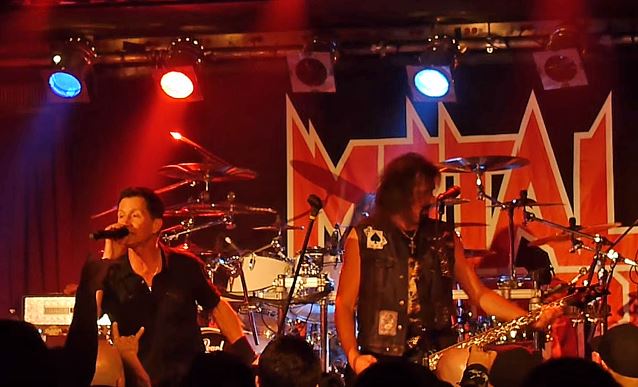 The reunion between Mike and METAL CHURCH was put in motion in July of 2014 when Mike started working with Kurdt Vanderhoof on a side project he was forming with Nigel Glockler from SAXON. Through these initial conversations, Kurdt convinced Mike to ultimately return to METAL CHURCH. The idea was to see if they could recapture some of the magic from the three albums METAL CHURCH released in the late '80s: "The Human Factor", "Blessing In Disguise" and "Hanging In The Balance". Out of those sessions, "XI" was born and captures the sound that made the band fan-favorites in the '80's and mixes it with a new, invigorated sound for 2016.

Said Mike: "Kurdt Vanderhoof got ahold of me in August of 2014, and he proposed [me] coming back to the band. He said Ronny [Munroe] left the band and he didn't really wanna carry on with METAL CHURCH unless maybe I would consider coming back. So I said, 'Well, I don't know. I'm open to it. But let's see what kind of music we can come up with.' So Kurdt went back to the studio and started writing songs in the vein of 'Hanging In The Balance', where we left off twenty years ago, and he sent them to me over the Internet. And I was, like, 'Damn! The guy still has it and he's doing great work.' So he sent me another batch, and that batch was just as good [as], if not better than, the other. So, from there, I said, ‘Well, I can’t say no to this. And let's just see how it goes.' And we started writing lyrics and getting together, and it's now morphed into this, being back in Aberdeen in the studio making the new METAL CHURCH record."

Rick had to go in for emergency eye surgery to repair a detached retina and is unable to join the group on the road for several weeks. His temporary replacement is TRANS-SIBERIAN ORCHESTRA and SAVATAGE guitarist Chris Caffery. 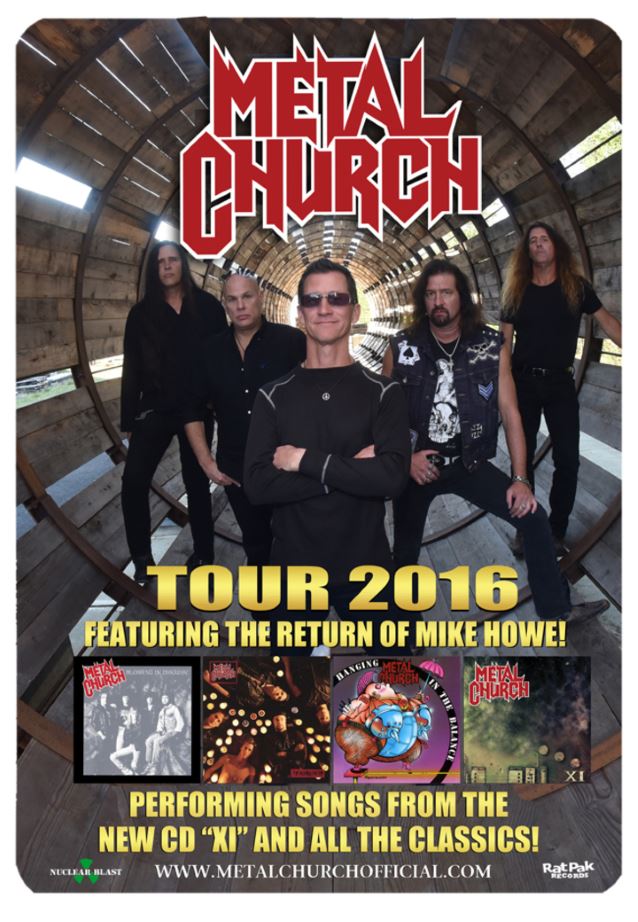