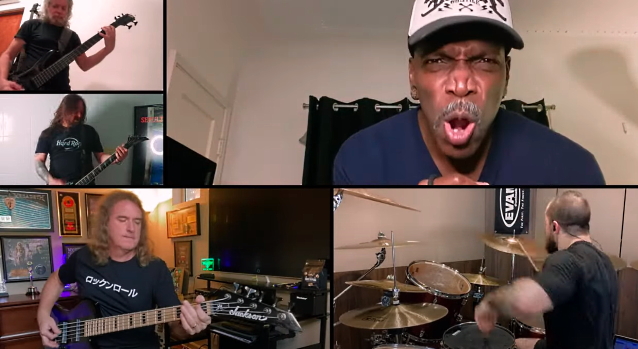 MEGADETH bassist David Ellefson recently teamed up with the four members of SEPULTURA to record a quarantine version of the SEPULTURA classic "Territory". Check out video below. The original version of the track appeared on SEPULTURA's 1993 album "Chaos A.D.".