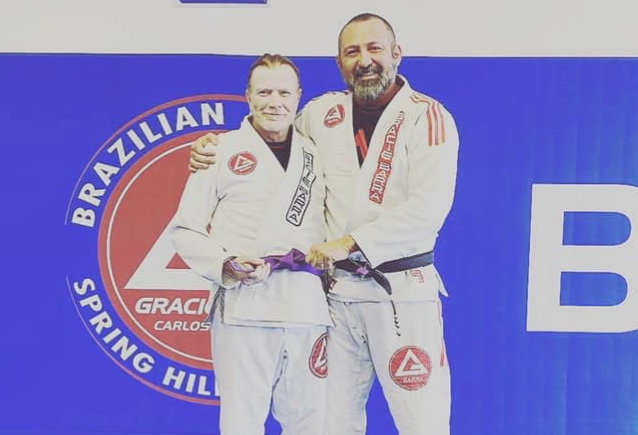 The 59-year-old musician was promoted to the new rank almost two years after earning the first stripe on his blue belt. He was promoted by Reggie Almeida, who leads Gracie Barra Spring Hill in Tennessee, near Mustaine's hometown of Franklin.

Almeida shared the good news on the gym's social media, writing last Thursday (January 14): "After 2 years as a blue belt and hard training and lots of ups and downs today I had the honor to promote Mr @davemustaine to his well deserved purple belt ! Congratulations kid !!!"

After 2 years as a blue belt and hard training and lots of ups and downs today I had the honor to promote Mr @...