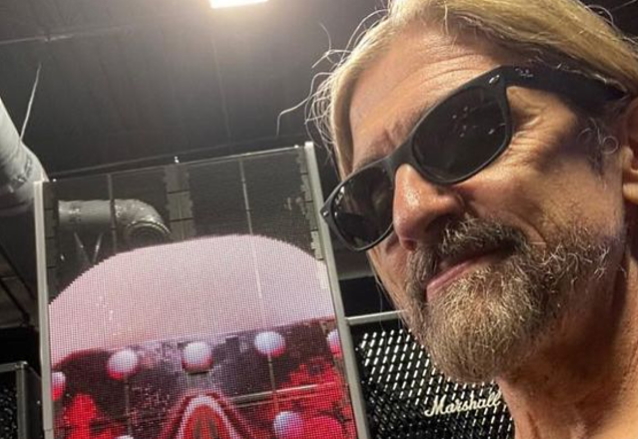 MEGADETH's new touring bassist James LoMenzo has shared photos from the rehearsal sessions for the band's upcoming "The Metal Tour Of The Year" with LAMB OF GOD.

LoMenzo captioned the Instagram post: "I want to take a moment to sincerely thank all my friends and the amazing MEGADETH fans who took the time to wish me well this week. Tour prep has been a blast, it's great to be playing with Dave [Mustaine, guitar/vocals] again! I'm finding that with Kiko [Loureiro, guitar] and Dirk [Verbeuren, drums], MEGADETH feels like a Locomotive bearing down the tracks. I can't wait to see you all out there on 'The Metal Tour of the Year'!"

Rounding out the lineup for "The Metal Tour Of The Year" are TRIVIUM and HATEBREED. Produced by Live Nation, the rescheduled trek will now kick off on Friday, August 20 in Austin, Texas and hit a further 27 cities before wrapping in Quebec City, Quebec, Canada on Saturday, October 2.