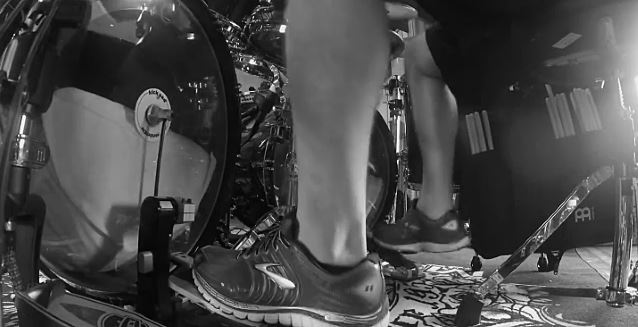 Another 15-second video clip of an as-yet-unidentified drummer — believed to be Chris Adler (LAMB OF GOD) — laying down tracks for MEGADETH's new album can be seen below.