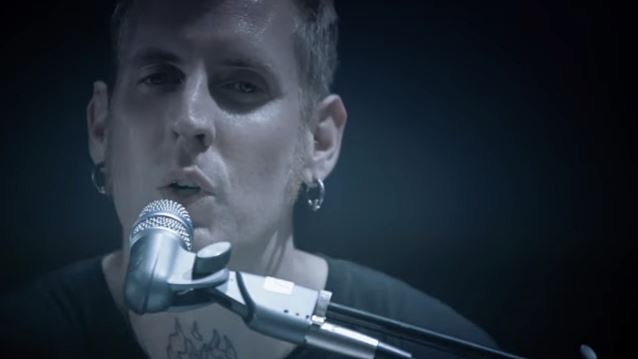 Drummer Brann Dailor of Atlanta progressive metallers MASTODON has defended the band's video for the song "The Motherload" against accusations of sexism, saying that it shouldn't be "taken so seriously."

"The Motherload" clip features a crew of women twerking in hypnotic slow motion against a Satanic backdrop, climaxing with a dance-off and a Day-Glo explosion.

"The last thing that I wanted to do was come on and be defensive, because I don't feel like I should have to defend it," Dailor tells Pitchfork. "It's a music video and it's really not supposed to be something that gets people this upset because this was really a fun thing that doesn't really mean too much. It's not to be taken so seriously."

He continued: "I don't know, I just don't see the sexism in it. I know there's half-naked women that are shaking their butts. For some people it's titillating, but for me it just looked amazing. I thought the girls were awesome and talented, and I thought it was amazing to watch. I love when it turns into that kaleidoscope effect thing; it brings the video to a whole new level. But it's gotten people talking obviously, you know. I figured that would happen, you know what I mean. I knew there was going to be some negativity. But we do that; we're that kind of band. It hadn't been done before, and we were kind of looking for something that hadn't been done before because it's hard to come by these days."

According to Dailor, the inspiration for the video came from a desire to "make something that was bizarre — that would confuse people." He revealed the idea began as a sort of parody of '90s heavy metal videos but admitted that "there wasn't any high concept" behind the clip.

“We weren't trying to make fun of hip-hop videos," he said. "It was a fine line, because I didn't want it to come off being sexist, so I thought that maybe the females took centre stage and looked powerful and had this dance battle.

"I don't feel like what we were trying to do was jump on any twerking bandwagon," he added. "We just wanted to put something into our music video that people would probably think, 'That shouldn't be there,' or, 'Those two things don't go together, they shouldn't be together.' I wanted to just put them together because we can."

"The Motherload" is taken from MASTODON's sixth album, "Once More 'Round The Sun", which sold around 34,000 copies in the United States in its first week of release to land at position No. 6 on The Billboard 200 chart. The record arrived in stores on June 24 via Reprise Records.