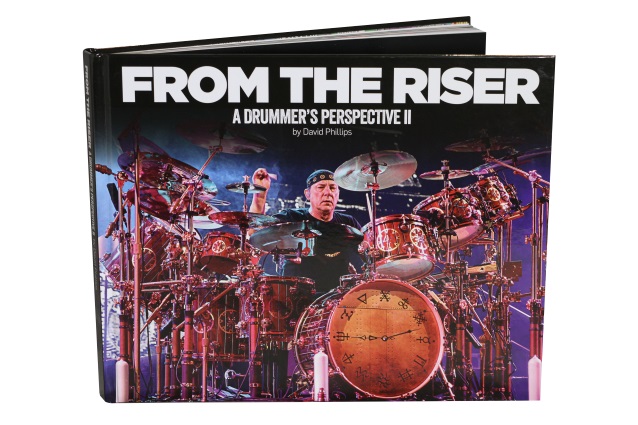 Visitors to this year's London Drum Show will be treated to a selection of David Phillips's images from his new book "From The Riser: A Drummer's Perspective II", which will take pride of place in the Icons Gallery. A selection of some of the book's best images have been enlarged to create a giant 12m x 3m montage featuring many of the world's greatest drummers, including Taylor Hawkins, Stewart Copeland, Lars Ulrich, Roger Taylor, Travis Barker, Neal Peart and Sheila E.

Over the last decade, David has collected striking images of some of the world's most respected and influential drummers. His knowledge of drumming and ability to connect with his subjects is strongly evident in these pictures. David has carved a niche for himself, specialising in creating colourful, energetic images of drumming legends capturing their spirit and the world they work in.

Commenting on the opportunity to display his images in the Icons Gallery, David said: "This is a great way for me to share with other enthusiasts my love of drumming and photography. For me the images tell stories about the thrill of playing live, show off the skills and different styles of so many of my heroes and give a sense of the excitement of being in front of an audience."

"From The Riser" will be available to purchase at the London Drum Show 2017 for a special price of £25. It can also be ordered from David's web site www.music-images.co.uk, along with his first book, "A Drummer's Perspective".

The London Drum Show is held at Olympia London on November 11-12 and advance tickets are on sale now at www.londondrumshow.com.