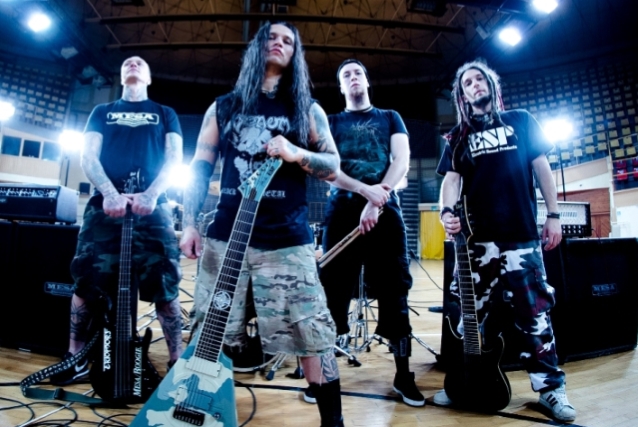 Hungarian metallers EKTOMORF have just released a brand new two-track digital single. The single, which was recorded in one day in early September at No Silence Studio in Hungary, features a new EKTOMORF song, "Eternal Mayhem", as well as a cover version of METALLICA's "Hardwired". You can now listen to both tracks below.

EKTOMORF was founded in 1993 in Mezökovacsháza, Hungary by Zoltán "Zoli" Farkas. The band's breakthrough came when EKTOMORF started its collaboration with Danish producer Tue Madsen in 2003. Madsen helped the group to find a modern and powerful sound that EKTOMORF has expanded upon since the release of 2004's "Destroy".