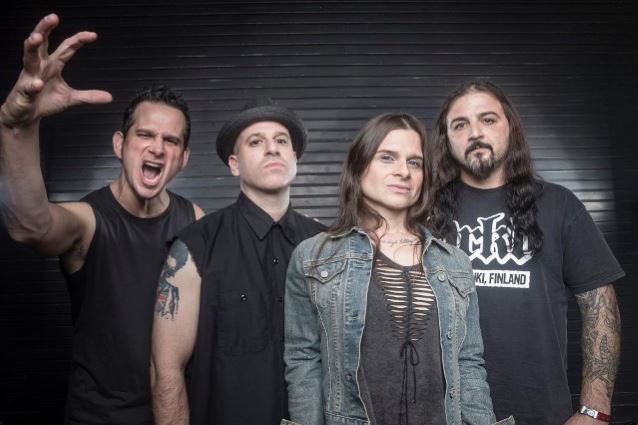 LIFE OF AGONY has been forced to postpone the band's previously announced European shows scheduled for July 8-16 after the group's drummer, Sal Abruscato, broke a collarbone, on Monday, July 4.

LIFE OF AGONY states: "The band are very disappointed that they will not be able to play for their fans and are working to reschedule the headline shows for December. New dates to be announced shortly.

"LIFE OF AGONY would like to express their gratitude to their fans for their undying support and ask that everyone keep Sal in their thoughts for a speedy recovery."

LIFE OF AGONY in January signed a worldwide deal with Napalm Records. The band's fifth studio album, and their first in over a decade, titled "A Place Where There's No More Pain", will be released later in the year.

"A Place Where There's No More Pain" will mark LIFE OF AGONY's first collection of new material since the band's singer, Mina Caputo (formerly known as Keith Caputo), came out as transgender in 2011,

LIFE OF AGONY bassist Alan Robert commented: "I think our fans know that our music comes from a very real place of suffering, from all of us in the band.

"Many of our fans have told us over the years that sharing our personal struggles has been cathartic for them in healing the pain in their own lives. That uplifting energy we share at the shows gives us hope that there's light at the end of the tunnel. And for us and hopefully our fans, that short time when we're all together is a place where there's no more pain."

In a December 2015 interview with The Aquarian Weekly, Alan stated about LIFE OF AGONY's future plans: "I think ever since the summer of 2014 when we kicked this back up again, it's been so much fun and the energy has been so good between us and the people everywhere we go that we want to keep it going; we absolutely do. We're having a great time. And I think now that Mina has come out, she is free as a bird, and there is no holding back. It's just so great to see, not just as a bandmember, but as a longtime friend, to see her really comfortable in her own skin. I'm just really proud of her for her bravery, and everyone's been so accepting and so positive that it's really encouraging to see." 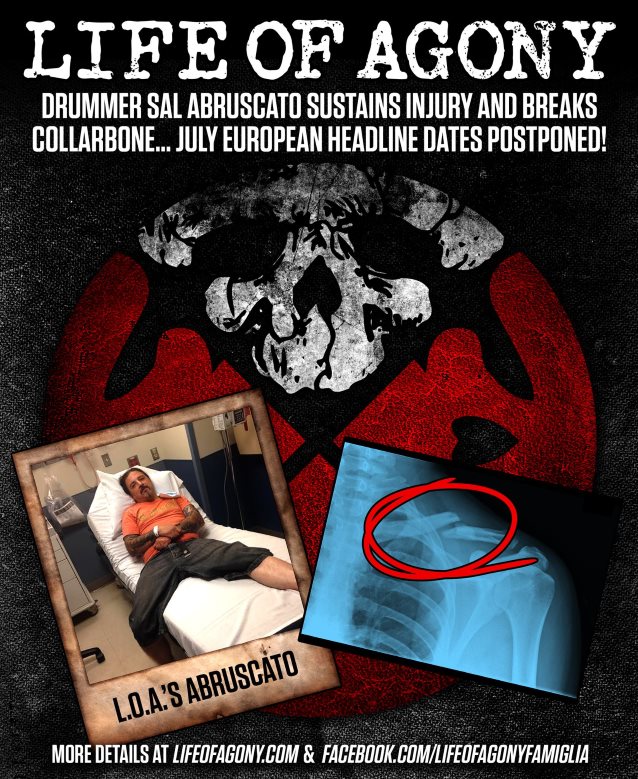