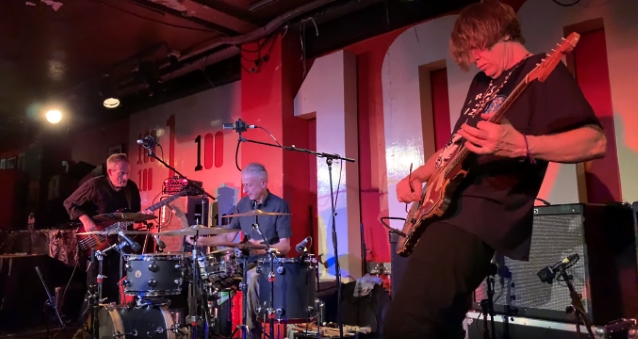 On March 28, LED ZEPPELIN bassist John Paul Jones teamed up with SONIC YOUTH's Thurston Moore and Steve Noble for a one-off concert at the 100 Club in London. The event was a benefit show for Resonance 104.4 FM, a London based non-profit community radio station specializing in the arts run by the London Musicians' Collective.

According to Led Zeppelin News, there was no setlist for the evening. Instead the three men played two improvised works followed by an encore improvisational performance.

Jones previously played with Moore and SONIC YOUTH in 2009 as part of a stage show called "Nearly Ninety" to celebrate choreographer Merce Cunningham's 90th birthday. The event took place at the Brooklyn Academy of Music just months before Cunningham's death.