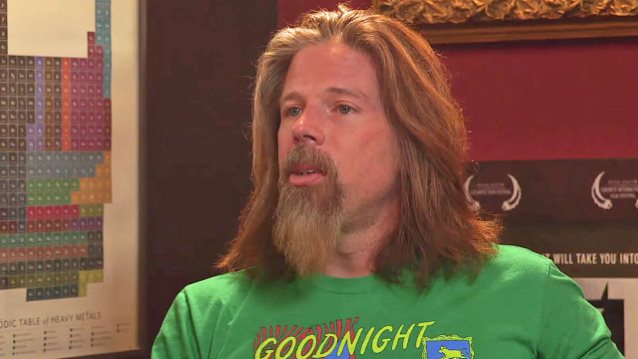 Adler was asked by Muen Magazine in a 2011 interview to explain what a "clinic tour" is. He said: "In the standard sense of it, it is a musician heading to his or her specialty shops. It's a drum shop in my case. Normally the shop carries the brand of whatever that musician is using and they go in there, tell people why they use it, show off a little, impress everybody and make everybody happy, including the shop owner who then gets a bunch of people in his store.

"In my experience of going to these things, I always learn something and have taken something out of it. I've always been inspired to play, but also it's been a bit sterile. It's normally one person showing off, doing a bunch of stuff that nobody else can do. It's kind of slightly awkward and so I didn't want to do that, nor really could I do that. I don't know that I could technically 'wow' anybody. I want to show what it is that I do in the band, how I got to where I am and try to make it as interactive as possible. I want to tell stories from my point of view as the drummer of the band, the business guy in the band and what it's taken to get where we are. I'll also show some of the songs we do and some of the more complicated bits for anybody that is interested in the smaller details. I want to give it a broader overview, try to make it a little more interactive and ask people what they want to know instead of forcing a bunch of music theory at them."

He continued: "Again, I'm new to the whole thing. I didn't study drums classically and I don't really know what I'm doing. I'm playing in a rock band, I'm having a good time and I don't pretend that I know everything about it. I want to share my experiences with the kids that want to be where I am and tell what it takes to get here."

Asked in a 2012 interview with Lambgoat if he was surprised that people come out to see him at a clinic, or that there are many drummers influenced by his work, Chris said: "It [is]. It [is] shocking. The clinic [lasts] about an hour and 45 minutes, and for the next sometimes three hours, I would stand and talk to everybody and sign stuff. I would talk to kids who were coming up and adults who got turned back on to playing drums because of our band or my playing. It's very humbling to see that.

"Most drum clinics that I've been to, there's 10 or 20 guys there who are drum scholars. The ones that I did was a much larger fan base. There were dads who played drums that brought their kids who played drums, and wanted to learn what it was like to be on a tour bus. I treated it very different than a normal clinic. I was able to not be as clinical and not be as specifically drum-focused. Of course, I played some tunes, and I talked about what I was thinking when I wrote them, but it also a lot of stories about doing what I do and being in the music industry and what it takes to where we are. It was more of a storytelling kind of evening with drums involved."

Adler also revealed that he didn't take drum lessons when he first started playing. "I'm pretty much totally self-taught," he said. "I actually didn't start playing drums until I was almost 22. I played guitar and bass guitar in a bunch of bands. I put out a couple records, toured around in the van and had a good time doing that. The opportunity to switch over kind of just came to me. I decided to switch without any aspirations of what we've done and being as successful as we have. Obviously, it's never too late to start and I've had a lot of fun since we started. No formal lessons, though." 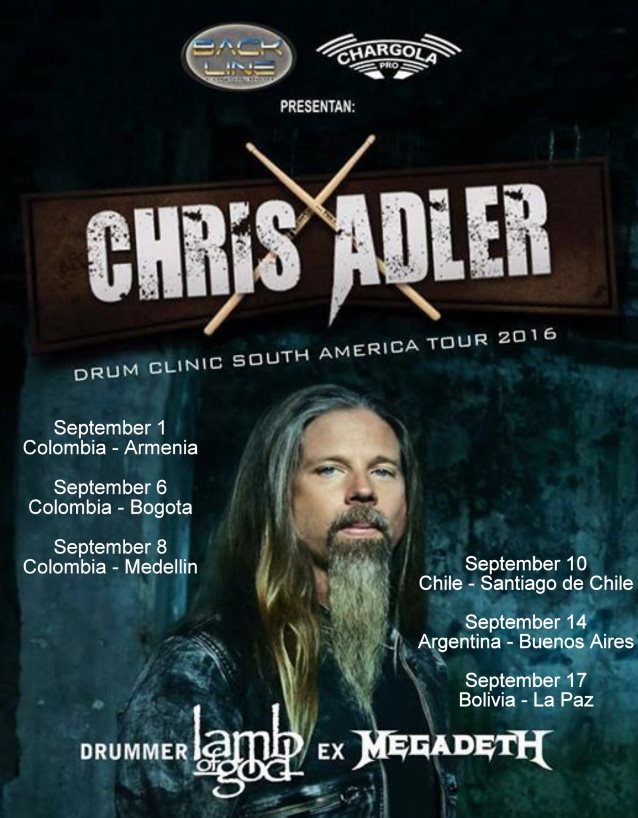