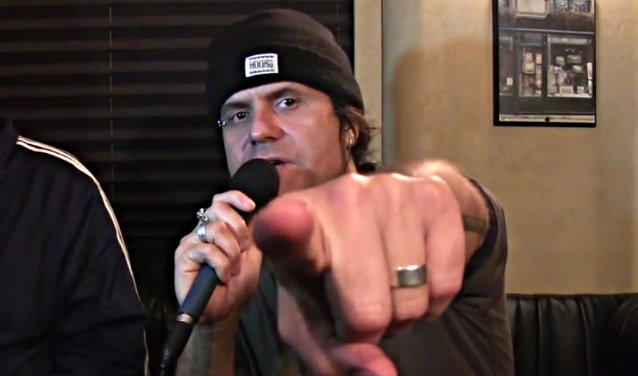 On November 8, 2013, Superskum.com conducted an interview with guitarist/vocalist Miland "Mille" Petrozza of German/Finnish thrash metal veterans KREATOR in Englewood, Colorado during the band's North American "Legends Of Thrash" tour with OVERKILL. You can now watch the chat below.