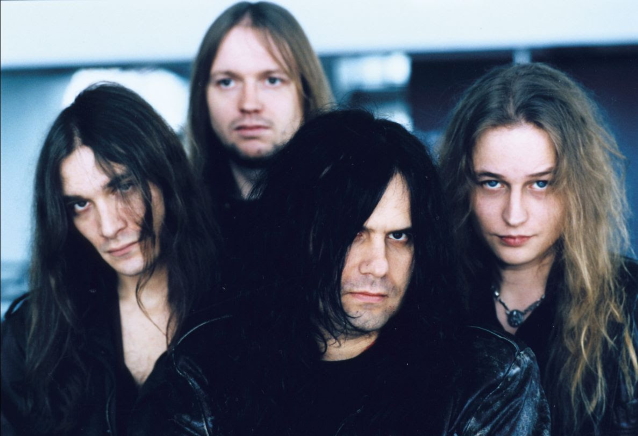 German thrash metal veterans KREATOR will re-release their 2001 masterpiece "Violent Revolution" for its 20th anniversary. Due on January 21, 2022 through Nuclear Blast Records, it will include a huge selection of assorted live bootleg recordings, grouped together under the name "Bootleg Revolution".

The 20th-anniversary edition of "Violent Revolution" will be available on various formats, including digital album, CD jewelcase, CD digipak, double LP, cassette and a limited-edition 4LP+2CD boxset, which will also include an exclusive KREATOR comic book called "Graphic Violence - Chapter 1".

To give you a taste of the "Bootleg Revolution" material, which has been recorded in countries like Brazil, Korea and Istanbul and at German Festivals like Wacken Open Air and Waldrock, check out a visualizer video for "Servant In Heaven - King In Hell (Live In Brazil)" below.

The "Violent Revolution" reissue will be available in the following formats:

As the 21st century was born, so KREATOR underwent what was nothing less than a seismic creative rebirth. By this time, the iconic German band had released nine studio albums in the 1980s and '90s, which had established them as one of the most important metal names of these decades. In the first period, they had helped to shape and pioneer the thrash scene through such releases as "Pleasure To Kill" (1986), "Terrible Certainty" ('87) and "Extreme Aggression" ('89). During the following decade, the band had opened up exciting horizons of experimentation on albums like "Coma Of Souls" (1990), "Renewal" ('92) and "Endorama" ('99). Now, though, it was time to move into a fresh era, as vocalist/guitarist Mille Petrozza explains.

"During the 1990s, we were definitely experimenting with what the band were doing," he says. "But (drummer) Ventor and I decided that for this album — our first of the new millennium — we wanted to go back to the sort of sound that we had at the start of KREATOR. In other words, to get back to the reason why we began the band in the first place."

There were some significant changes for this album, one being the fact that the band signed to SPV/Steamhammer. There was also new guitarist introduced, as Sami Yli-Sirniö (who had made his reputation with Finnish band WALTARI) took over from Tommy Vetterli. The latter (also known as Tommy T. Baron) had joined in 1996 and played on the "Oucast" (1997) and "Endorama" albums.

As usual, it was Petrozza who did all the writing for the album.

The producer for this album was Andy Sneap, who was now making a name for himself as one of the pre-eminent masters of this art in the modern metal world. Pre-production was done in Essen at KKS Studios, before the band went to Area 51 Studios in Celle, near Hamburg where they recorded the drum and bass (handled by Christian Giesler)

The album title came from something Petrozza had read. "In a book I came across a comment that John F. Kennedy said (in 1962). This was: 'Those who make peaceful revolution impossible will make violent revolution inevitable'," he said. "I thought 'Violent Revolution' would make a good title for an album. So, I kept it in my mind for this record. I think 'Violent Revolution' is a title that makes a real impact."

For the cover, KREATOR turned to Andreas Marschall, who had done such a striking job on 1990's "Coma Of Souls" album sleeve.

"Violent Revolution" was released in September 2001, and became the band's highest-charting album to that point in Germany, as it reached No. 38.

"We knew we had a good album, so in that way it wasn't a surprise to see this do so well in the chart," Mille said. "But however good you might think your album is, you can never be certain how people will react to what you've done, and whether you can pick up new fans, as well as satisfy the older ones. So, I suppose there was an element of us being pleasantly surprised when we got into the Top 40 for the first time. But I have to give a lot of credit to our label. They knew exactly how to market and promote the album, and showed we had made the right choice in signing to them."

"Violent Revolution" is without question an excellent album. While in some ways it does hark back to the glories of the band's earlier days, nonetheless it does not sound at all nostalgic. The performances and production values are very much part of the contemporary era, and the strength of the compositions themselves are of the highest values. Rising to the challenge offered by a new generation of ambitious metal bands, KREATOR proved they were far from being a spent force. Unlike so many of their peers, here was a band who still had so much creativity to offer, and were also clearly excited themselves by what they were doing. And when you hear the band themselves enjoying the entire process, then you know this is a bona fide revitalization.

"I feel this is one of our strongest albums," says Petrozza with conviction. "We took what we'd done on 'Coma Of Souls' and 'Extreme Aggression' but this wasn't a case of repeating it. No, we added in modern metal elements to the sound as well. It was a new era for KREATOR. A rebirth if you want to put it that way. And the start of what I would call our second career." 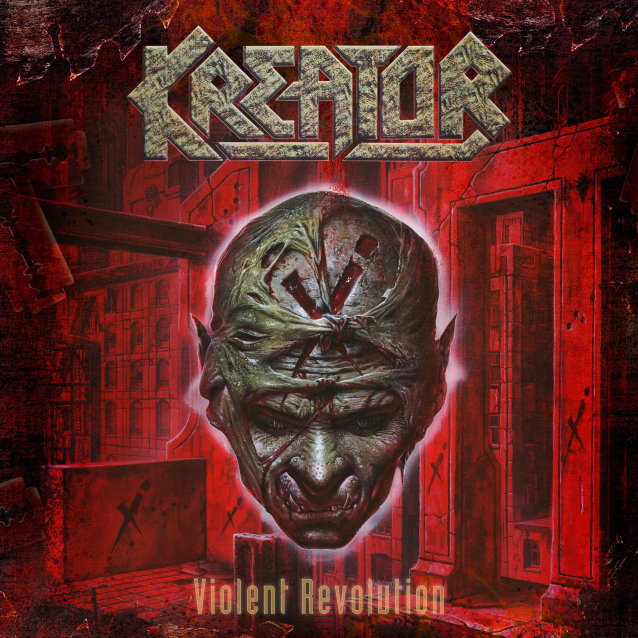 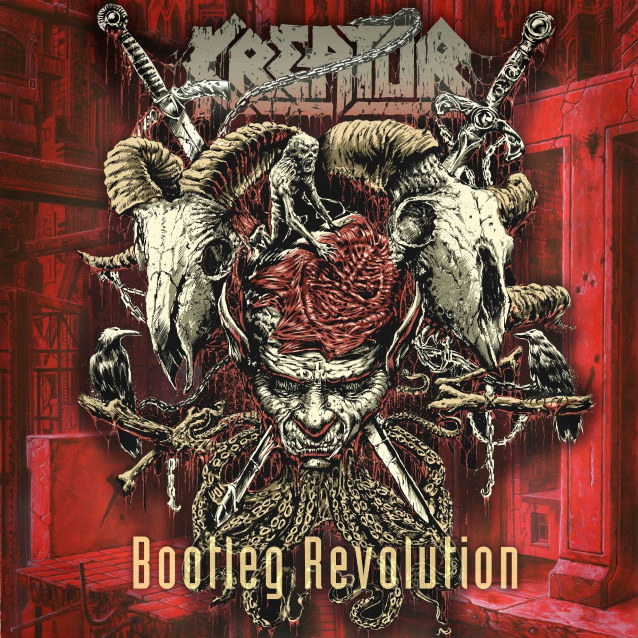