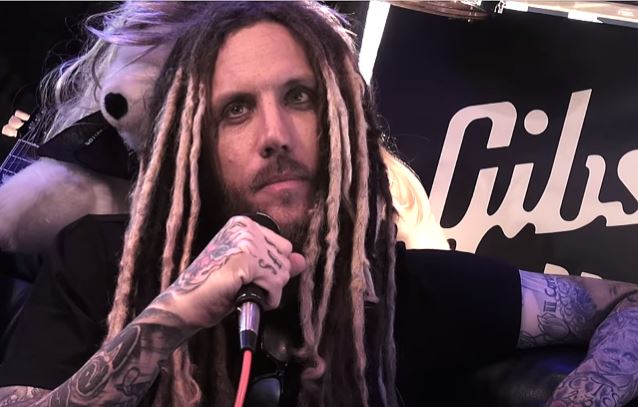 "I think it's meaningless. It's like I was telling someone earlier, you can't tell people how to live. You persuade them with kindness, you persuade them with the love of God. Everybody has a free choice how they wanna live. It's freedom. God gave it. He gave free choice: choose life, choose death. And so, when we're on the Earth, and we get to do what we want, and if it's not illegal, the Christians are messing it up. They're making people think that Jesus is mad at them when's just, like, 'I forgive them. Come to me.' He'll forgive everything. I think they should just take a different approach and maybe spend that energy trying to come here, even outside or whatever, and try to love on people — do something like that instead of making people wanna run away from Jesus."

On whether religion for him is a way of replacing one addiction with another or if it's just a passion:

"Oh, you can use both of those words. I'm addicted to… We were talking about how life passes by real quick — we get older and older — and so, there's a place in the spiritual realm, the afterlife, where God rules. And since we're all on a track to get there and there's an open door now to experience that, I am totally addicted to wanting to experience that realm now before I die. So when I get there, I'll be, like, 'Yeah! I've tasted this, [and] now I'm here.' And so, a lot of people fear death, [but] I don't fear death at all. I fear pain — like, I don't wanna get my head chopped off. But… Yeah, it's just like… I'm passionate about it, I'm addicted to it. I'm worse than a crackhead. I wanna taste the spiritual realm as much as I can. And Jesus says that he is the door, and so, that door is wide open through him. That's the safest way to go, because… That's the only safe way to go, because he is the door."

On whether he learned to forgive others:

"I chose to. Because a lot of people, I didn't feel like forgiving, but I learned that when you forgive that you're… If you don't forgive, you're holding someone and you say, 'You owe me. You owe me something.' And you're gonna hold on to that bitterness your whole life. But once you forgive — you say, 'Okay, I choose to forgive you' — and then it's gone; the bitterness all goes. And so, sometimes I didn't feel it, but I said, 'God, I forgive this person for doing this. And forgive me for wanting to cut their head off for doing that bad thing to me. But I choose to forgive then — you know, release them from all… And then I get free inside — more peace, more smiles every day."