2017 marks thirty years since the release of KING DIAMOND's landmark "Abigail" release. King's appearance at Psycho will be his only U.S. performance of 2017.

With a career spanning more than thirty-five groundbreaking years, King Diamond stands among the ultimate heavy metal icons. From landmark records with MERCYFUL FATE to establishing the band KING DIAMOND in 1985 and unleashing the unholy trinity of "Fatal Portrait" (1986), "Abigail" (1987) and "Them" (1988) upon the world, King Diamond's vocals, atmosphere, and songs have become the staple diet among multiple generations of headbangers.

Additional headliners, full lineup, and official festival artwork to be revealed in the coming weeks with tickets currently available for the monumental event at this location. Payment options for Psycho Las Vegas 2017 are available through Affirm, with immediate delivery of tickets.

VIP tickets are on sale as of January 18.

KING DIAMOND's November 2015 concerts in Philadelphia and Detroit during the "Abigail In Concert 2015" tour were filmed for the band's forthcoming DVD. The massive, multi-camera shoot was directed by Denise Korycki, who has previously worked with CANNIBAL CORPSE and KILLSWITCH ENGAGE).

KING DIAMOND guitarist Andy La Rocque told Artisan News about the making of the "Abigail" album: "I've actually got some great memories [from the recording sessions for the LP]. I remember the whole studio thing pretty well, actually. Back in… I think we started back in December 1986 to record it, after we got back from some touring and stuff, and some writing too, and rehearsing, of course. [It was a] very cold winter back in Copenhagen, you know. We spent about two months, I think, with the recording and the mixing. And the whole recording process, I thought, was very, very creative, and I think we just captured an amazing atmosphere on the whole album, which still, when you listen to it today, is, like, 'Wow!' You get back to the feel you had for it while you recorded it. So it's still a very cool and special album to me."

KING DIAMOND in 2002 released an album called "Abigail II: The Revenge", which was said to feature a storyline that was the sequel to the original "Abigail" LP. 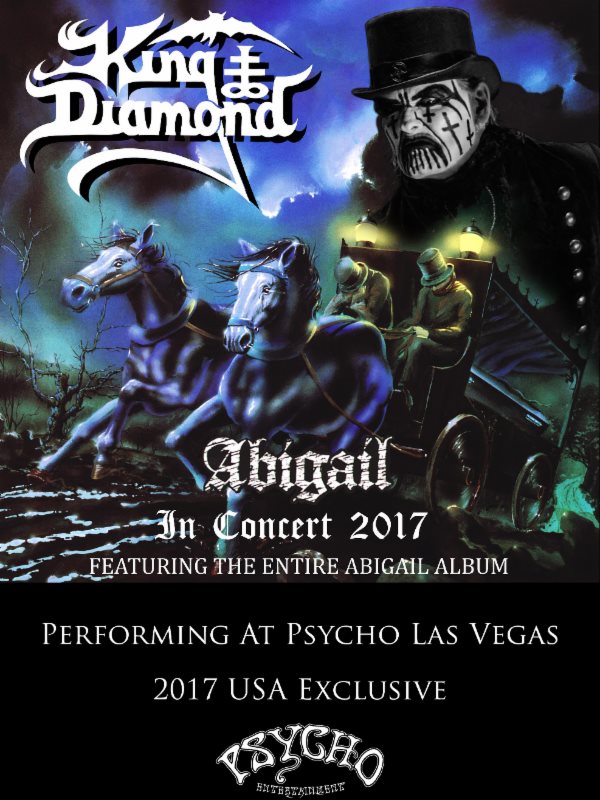