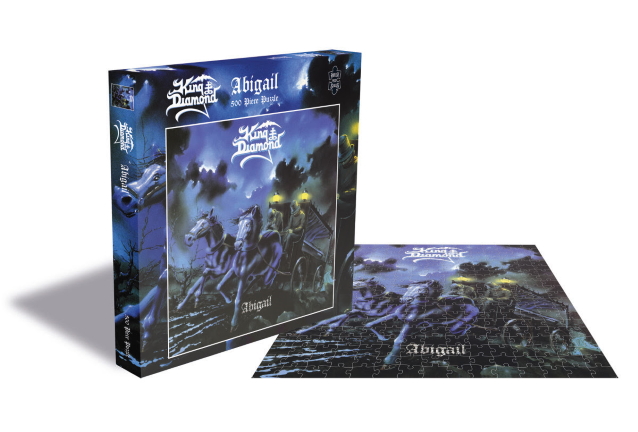 KING DIAMOND will get the jigsaw puzzle treatment this fall.

Zee Productions will release the album cover as a jigsaw via its Rock Saws imprint. The iconic arts of some of rock's most influential and highly regarded albums is presented in puzzle form for the first time ever. All puzzles come in a vinyl-box-set-sized box, perfect to fit alongside a vinyl record collection.

Last November, KING DIAMOND released a brand new song called "Masquerade Of Madness". Mixed by guitarist Andy La Rocque and singer King Diamond at Sonic Train Studios, the track will appear on KING DIAMOND's first studio album in more than 12 years, "The Institute", which will tentatively be released in 2021 via Metal Blade Records.