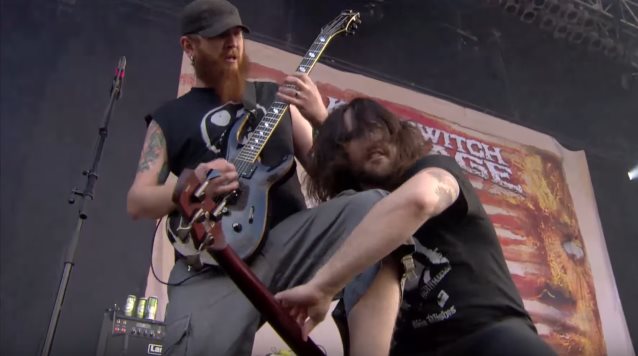 Massachusetts metallers KILLSWITCH ENGAGE, who released their latest album, "Incarnate", in March of this year, will once again participate in Record Store Day festivities. For Black Friday/Record Store Day on Friday, November 25, the Grammy-nominated hard rock band will release "Beyond The Flames: Home Video Part II". The release is a two-disc, Blu-ray and CD package and is exclusive to Record Store Day.

Watch the trailer below.

"Beyond The Flames: Home Video Part II" is a treasure trove of gripping content containing over three and a half hours of footage that is sure to delight KILLSWITCH ENGAGE fans. At the heart of this release is a 75-minute documentary that chronicles the return of original vocalist Jesse Leach, after nearly a decade of being apart, to the band he helped form back in 1999. The piece also takes a close look at the KILLSWITCH ENGAGE early years that eventually led to Leach's initial departure. Produced and directed by KILLSWITCH ENGAGE storyteller Denise Korycki, this documentary picks up right where their 2005 "(Set This) World Ablaze" release left off, revealing the untold rest of the KILLSWITCH ENGAGE story.

"We are pleased to show people the journey we have been on as a band," said Leach. "From the first show to even the last one we played recently, I know I have much more to learn and to offer as a musician and a lyricist. I am proud of all we have done since my first day returning to this band. However, I am certain we have just started to gain momentum and find our groove together. We are honored to be in and are dedicated to this band and wherever the future takes us. I hope people can see us for who we really are. We are just five guys who love to make music and love our fans."

For those KILLSWITCH ENGAGE fans craving more live footage, "Beyond The Flames: Home Video Part II" definitely doesn't disappoint. 17 live performances have been captured from around the globe, including Leach's first show back in the band, Download festival, Knotfest, Loud Park in Japan, and some surprises along the way. See KILLSWITCH ENGAGE alive, raw and reunited, doing what they do best.

The track listing for the live CD is below.

KILLSWITCH ENGAGE previously released a limited-edition even-inch single as part of the spring version of Record Store Day on April 16 of this year. The RSD-exclusive featured "Define Love", an unreleased track from the "Incarnate" sessions.

With further plans for Europe, Australia, North America, South America and Asia in the works (to name a few), 2017 is sure to be an equally busy year for KILLSWITCH ENGAGE. 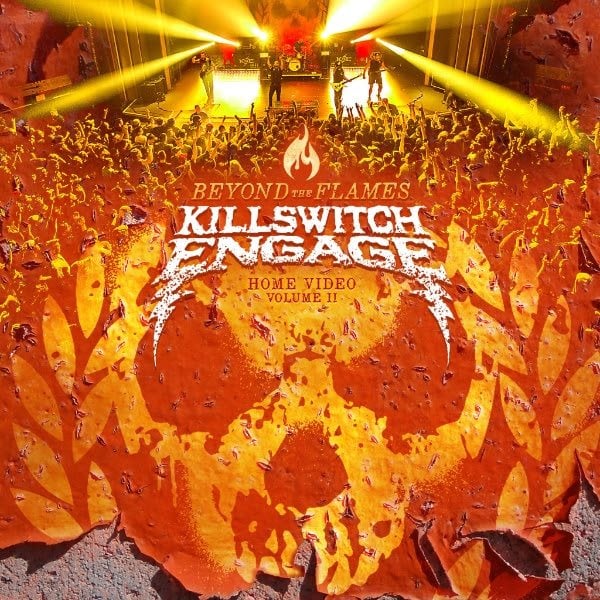