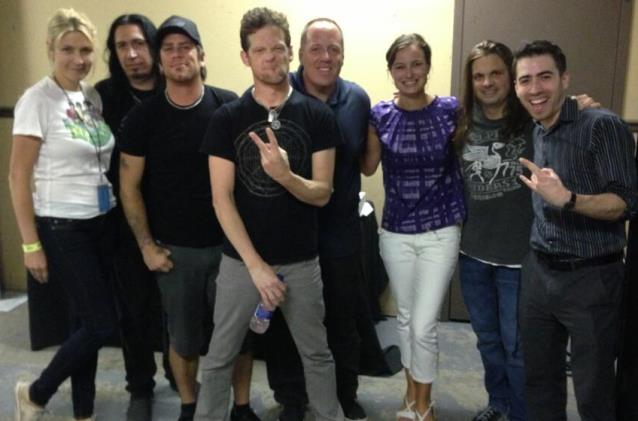 Best known as an integral component of METALLICA, FLOTSAM AND JETSAM, VOIVOD, Ozzy Osbourne's touring band, and countless other fan and critical favorites, Jason is now fronting his own band, NEWSTED. The group's debut album, "Heavy Metal Music", was released on August 6, and they just completed Gigantour, a North American tour featuring MEGADETH and BLACK LABEL SOCIETY, among others.

Newsted commented: "We are proud to join forces with Imagem to help continue our quest to bring true heavy metal music to the universe!!! Let's fukkin rock!!"

"Jason is a heavy metal titan," said Rich Stumpf, president of Imagem Music. "He's rocked with the best of them and made every band he's played in better. Now, as the frontman of NEWSTED, with their release 'Heavy Metal Music', his passion and energy are unleashed in a way not seen or heard before. I couldn't be prouder to welcome Jason to the Imagem Music family."

Pictured above, left to right: